HomeNewsThis Colorado Senate Poll Is Not Good News For Senator Mark Udall, At All

This Colorado Senate Poll Is Not Good News For Senator Mark Udall, At All 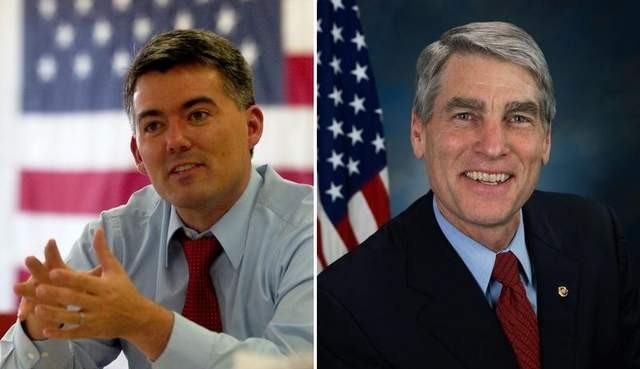 The first Colorado Senate poll since the entry of Rory Gardner is not good for vulnerable incumbent Democrat Senator Mark Udall, at all.

Rasmussen Reports, who is rated a 2 out of a possible 4 for past accuracy by People’s Pundit Daily, found the 2014 U.S. Senate race in Colorado is now a dead heat.

A statewide telephone survey of 500 likely Colorado voters found incumbent Democrat Mark Udall earning just 42 percent of the vote, while Republican challenger Cory Gardner earns 41 percent. Still, there is room for both candidates to improve their support, as 5 percent prefer some other candidate in the race, and 13 percent are yet undecided.

The dynamic of this race has changed dramatically since the National Journal released a May article entitled, “Colorado’s Forgotten Senate Race.” Now, with the entrance of Rep. Cory Gardner, our Colorado Senate race prediction must be changed from the original rating in our twelfth article offering expanded analysis on our 2014 Senate Map Predictions.

shortly after The Denver Post first reported Gardner was entering the race, the GOP front-runner and 2010 nominee, Weld County District Attorney Ken Buck, decided he was going to run for Gardner’s seat in the 4th Congressional District. The move by Buck, who had to contend with several second-tier candidates, has propelled Gardner to the front of the pack, paving the way for what I believe will be a relatively easy nomination process.

Former State House Leader and declared primary candidate, Amy Stephens, who spent 7 years in the state legislature, plans to drop out and endorse Cory Gardner. Stephens has ties to the influential Colorado Springs-based social conservative organization, Focus on the Family, and may very well rally whomever in the grassroots wasn’t already inclined to get behind the rising star.

I have long believed Senator Mark Udall could be defeated this cycle under the right conditions, and this is the news we at PeoplesPunditDaily.com needed to view this race as competitive. We currently have this race rated “Leans Democrat” and will keep it here for now due to Rasmussen Reports having a propensity to miss the mark. However, since the exit of Scott Rasmussen, the polling, as I have demonstrated in a recent article, has been far more favorable to Democrats, which could spell even worse news for Udall.