HomePollsVoters To 2016 Republican Field: Out With Old, In With New

Voters To 2016 Republican Field: Out With Old, In With New 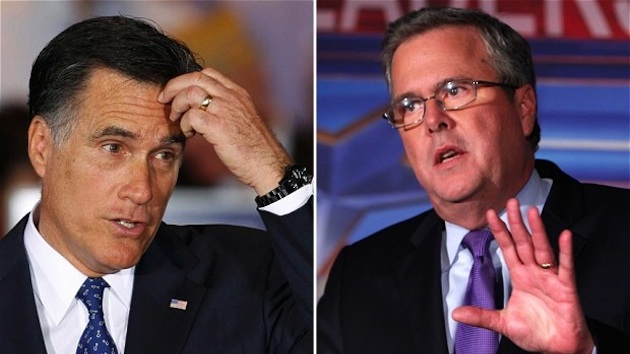 A slew of new polls show that a majority of voters – including Republicans – think the 2016 GOP president field should be filled with fresh faces, not old ones. A new Rasmussen Reports survey finds that 64 percent of likely voters say Republicans should “look for a fresh face to run for president in 2016,” while just 10 percent say they should get behind a candidate who has run in the past.

Interestingly, a sizable 25 percent say they are not sure, which taken together with the seemingly 10 percent who back familiar faces, easily explains why 2012 nominee Mitt Romney and former Florida Gov. Jeb Bush poll well on the PPD average.

As of Dec. 29, 2014, Bush tops the PPD average of 2016 Republican nomination polls by 5.8 percent, largely due to a CNN/Opinion Research Poll that found a larger-than-average 10-point spread, which excluded Romney.

The new poll was released just one day after two others — a PPD Poll, and another Rasmussen survey — both suggest a big push by donors for another Romney or Bush run would be a colossal mistake for the Republican Party.

The PPD Poll found a slim majority — 51 percent — of Republican and Republican-leaning independents say they are less likely to vote in the 2016 presidential election if Jeb Bush is the nominee, and 48 percent of registered voters say they definitely will not vote for another Bush.

Similarly, a Rasmussen survey of a 1,000 likely Republican voters found just 33 percent believe Bush should run for president in 2016, while just as many (34 percent) disagree, and another 33 percent are not sure. The same survey, which was released Monday, found that 56 percent of all likely voters do not want Romney to run again.

The bench of 2016 Republican presidential candidates will likely be very deep, unlike the choice of Democratic hopefuls, but considering voters are concerned about families from either of the political aisle holding too much influence, the GOP should find a new standard-bearer.

The survey of 1,000 Likely Voters was conducted on December 28, 2014 by Rasmussen Reports. The margin of sampling error is +/- 3 percentage points with a 95 percent level of confidence.