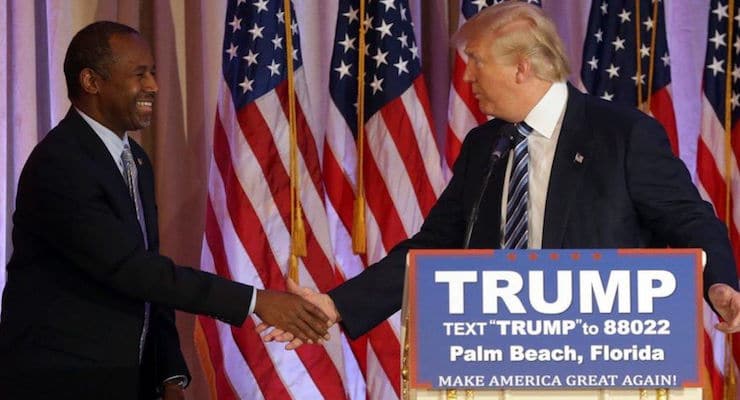 The window is quickly closing on the argument that another rival can beat the Republican frontrunner head-to-head in upcoming state primary contests. In a new [content_tooltip id=”37972″] poll conducted for High Point University, Donald J. Trump leads Texas Sen. Ted Cruz 48% to 28% in the North Carolina Republican Primary.

Among voters who say “experience” is most important in a candidate, Sen. Cruz leads Mr. Trump by 24 points. However, this is just about the only category in which the Texas senator and closest rival has an edge over the frontrunner.

Among voters who say “new ideas” are most important in a candidate, Mr. Trump holds a commanding 44-point lead over Sen. Cruz. Voters who have confidence in the public’s ability to make intelligent decisions back Mr. Trump by a whopping 39%. That’s a particularly interesting result considering conservatism, the ideology at the core of the Republican Party espouses just that idea. Of course, Sen. Cruz has tried to cast himself as the standard-bearer of conservatism in the race against a man he says is a billionaire liberal New Yorker.

But, as we’ve seen, Mr. Trump has locked down key voting blocs are that pivotal to Sen. Cruz’s path to the nomination.

“For all the talk about who is the real conservative in the race for the Republican nomination, it is Donald Trump who has received the larger share of self-identified conservatives overall,” said PPD senior political analyst Richard Baris. “Whether the contest was open or closed to independent voters, it hasn’t mattered much. That is hype, as well. The over-performance of Sen. Ted Cruz in a caucus versus a primary is the real reason for the disparity, which is largely due to his organization.”

The North Carolina Republican Primary (PPD Average: Trump + 11.8) is one of several contests on Tuesday, March 15. North Carolina allocates 72 delegates on a proportional basis, while Missouri awards 52 delegates on a hybrid winner-take-most basis. However, the Ohio (66 delegates), Illinois (69 delegates) and Florida (99 delegates) award on a winner-take-all. Donald Trump leads on the PPD average of polls in every single state, though polls are tight and home state favorite Gov. Kasich may pull out a win in the Buckeye State.