HomeNewsPoliticsSen. Rand Paul: ‘This Is Going To Be A Repudiation Of The President’s Policies’

Sen. Rand Paul: ‘This Is Going To Be A Repudiation Of The President’s Policies’ 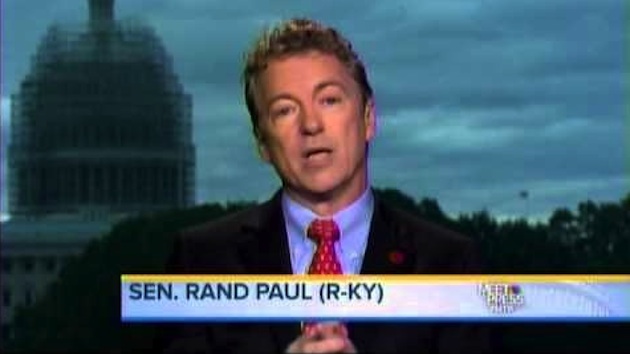 Speaking with Chuck Todd on NBC’s Meet the Press Sunday, Sen. Rand Paul predicted a rejection of President Obama’s policies on Tuesday, and a productive Senate if the GOP takes control.

When asked by Chuck Todd whether a GOP win would mean voters were voting for the Republican Party, or if the voters were simply saying “they’re voting against President Obama,” Paul said the GOP should interpret winning control of the Senate cautiously.

“I think it’ll be a combination of both,” Paul said. “This is going to be a repudiation of the president’s policies. The president is on the ballot, in a way. This is a referendum on the president. So, no question this is a big message to the president. But also, it’s a message that people are tired of nothing getting done.”

Ending the gridlock in Washington is the central theme of the Republican Party’s closing argument Sunday, with former 2012 presidential nominee Mitt Romney not only predicting a change in gridlock, but even an end to the block on immigration reform and other issues.

“That’s going to happen,” Romney said on Fox News Sunday. “You’re going to be a bill actually reached the desk of the president, if we finally have someone besides Harry Reid sitting in the Senate.”

Paul also faulted the Majority Leader Harry Reid for most of the gridlock in D.C., which has paralyzed the nation in recent years.