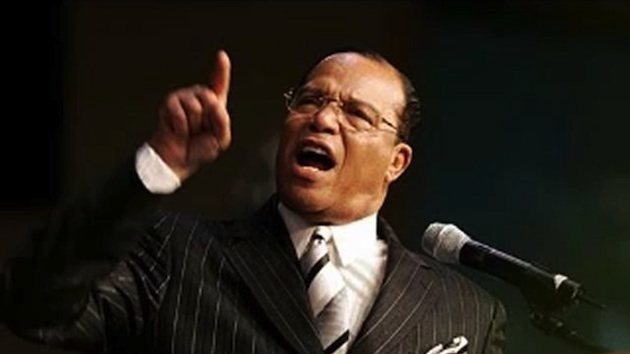 “How did you grow up, Giuliani? A privileged cracker? Or I should say, a privileged devil,” Farrakhan said. “You grew up on the sweat and the blood of black men and women who made America before your fathers got here. All of you Europeans, you recent immigrants that have found a home in America, and you are so happy. But you walking on our blood. Our blood soaks the soil of America.”

Not only were Farrakhan’s comments racist — again — but they aren’t factually correct. Mayor Rudolph Giuliani was born May 28, 1944 and raised in the Italian-American enclave in East Flatbush in the New York City borough of Brooklyn. He was the only child in a working-class family and the son of Harold Angelo Giuliani (1908–1981) and Helen (née D’Avanzo; 1909–2002), both first-generation Americans and children of Italian immigrants.

Rudy’s father, Harold Giuliani, had a difficult time gaining employment and subsequently holding on to it. Like many young Italian-American men living in Brooklyn during the 1940s – 1960s, opportunities in organized crime was an attractive proposition to Harold, who would be convicted of felony assault and robbery that led to a stint in Sing Sing. Unable to find a job, Harold Giuliani served as an enforcer for his brother-in-law Leo D’Avanzo, who ran an organized crime operation involved in loan sharking and gambling at a restaurant in Brooklyn.

In 1951, when Rudy Giuliani was seven, his family moved from Brooklyn to Garden City South, where much of the money the family did have went toward his attendance at St. Anne’s Catholic School until high school. Rudy commuted back to Brooklyn to attend Bishop Loughlin Memorial High School.

But despite the cultural pressures and his father’s background, Mayor Giuliani took another, harder path than so many other young Italian-Americans. He attended Manhattan College in Riverdale, Bronx, majoring in political science with a minor in philosophy.

Upon graduation, Giuliani slowly began to build what has become an unmatched career in public and prosecutorial service, first clerking for Judge Lloyd Francis MacMahon, United States District Judge for the Southern District of New York. In 1981, Giuliani was named Associate Attorney General in the Reagan administration, the third-highest position in the Department of Justice.

But he did it with something Mr. Farrakhan doesn’t even address in his sermons or grievance rants — work ethic. Work ethic and a solid foundation can conquer the challenges that stem from cultural and society norms, which left-wingers view as insurmountable obstacles. Giuliani build the life and career he did in spite of those at the time, not because of them.

Once more, Louis Farrakhan has proved he is all too willing to make racist inflammatory remarks, even if they are factually incorrect.