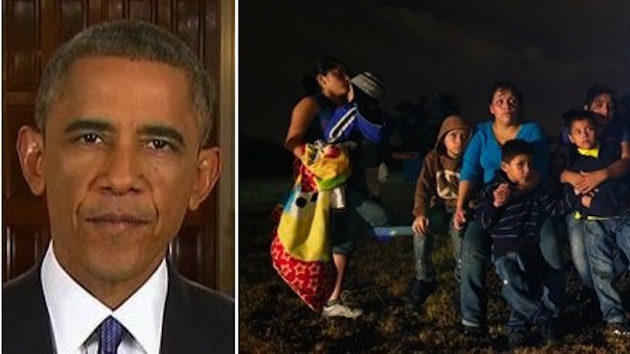 First, the DOJ brief argues that the ability of the federal government to protect national security would be “irreparably harmed” if the request is not granted. The language is particularly noteworthy considering U.S. District Judge Andrew Hanen wrote in his ruling last week that without a preliminary injunction the states would “suffer irreparable harm in this case.”

“A stay pending appeal is necessary to ensure that the Department of Homeland Security (“DHS” or “Department”) is able to most effectively protect national security, public safety, and the integrity of the border,” the DOJ brief argues. “Specifically, the Deferred Action Guidance enjoined by this Court is an integral” program aimed at “the removal of threats to public safety, national security risks,” and without implementation, “DHS will sustain irreparable harm—harm that would not be cured, even if Defendants ultimately prevail on that appeal.”

Second, or the part of the argument most likely to be met with judicial wrath, the Obama administration argued that they don’t need to answer to anyone on the legality or merit of the president’s action and, further, the federal judge didn’t even have the authority to issue the temporary injunction last week.

“Defendants’ case is substantial indeed: the Court lacked authority to issue the preliminary injunction, both because Plaintiffs lack standing and because the Deferred Action Guidance is an exercise of prosecutorial discretion by the Secretary that is neither subject to challenge by the States, nor required to be issued through notice-and comment rule-making,” they argue.

If Judge Hanen decides not to grant the Obama administration’s request, which experts say is highly likely, the case will head to the Fifth Circuit in Louisiana.

“I’d predict the Fifth Circuit Court of Appeals in Louisiana will not interfere,” said Judge Andrew Napolitano, a judicial analyst and former federal judge. “I read the 250 pages and its thorough, complete, and a very sound opinion within the law.”

The president stated Monday that the injunction deprives states of tax revenue, but when asked at the press briefing to specifically identify how the government would suffer “irreparable harm” from an injunction blocking Obama’s amnesty program, White House Press Secretary Josh Earnest had some trouble articulating their position.

However, giving background checks to those who qualify for Obama’s Deferred Action order would not protect Americans from all of the illegal immigrants that certainly will not come out of the shadows because they know they will fail a background check.

Further, the Congressional Budge Office estimate cited by the White House as proof that Deferred Action would add to revenues and reduce the deficit is the greatest play on numbers since the CBO’s ObamaCare projection, which by the way they no longer have the courage to stand by.

According to the CBO, when the law is actually followed and new revenues from immigrant workers are deposited into the Social Security Trust Fund, revenues only increase by $5.2 billion through 2025, as opposed to the initial estimate of $14.9 billion.

In reality, a fictitious $197 billion reduction in deficit spending through 2023, in practice becomes an $8.8 billion deficit increase.