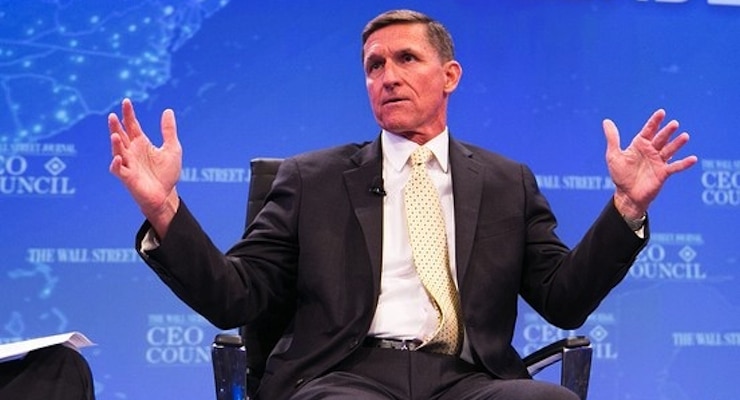 Retired Lt. Gen. Michael Flynn said Wednesday night that “soft power,” practiced by President Obama and Hillary Clinton, doesn’t work in the real world. Gen. Flynn, who also served the former director of the Defense Intelligence Agency under the president, appeared on “The Kelly File” with Megyn Kelly to discuss the increasing volatility in the Middle East, including the latest tension between Iran and Saudi Arabia.

“It’s testing our resolve, it’s testing our rules of engagement,” Gen. Flynn said of the recent live-fire missile test by the Iranians next to the USS Harry S. Truman. “It’s looking at us and saying,, you know, we’re kind of giving you the big middle finger and we’re going to see what you are going to do about it.”

“Are you going to punch us in the nose?”

“What we could do is what I would describe as a big red dot on that site that fired that missile and threaten to say that we will destroy that the next time you even remotely think about it. We have to show strength that’s hard power more than this soft power stuff we’re just playing around with,” Gen. Flynn said laughing in disbelief. “It doesn’t work in the real world. It just doesn’t.”

Gen. Flynn repeated–as he often does during interviews–that he would like to get behind Mr. Obama but he has made and is continuing to make some very poor choices. He warned that the next election is an extremely important decision for the American people considering the utterly chaotic situation in the Middle East Mr. Obama will leave to the next president.

“Again, I don’t want to sit here and bash on our president. I don’t. I really want to help. But we are making poor decisions . We’re showing our enemies and the threats we face.. we’re showing them our weaknesses in such a big way. And frankly it’s very dangerous.”