HomeVideoProfessor Alan Dershowitz: Colleges are “Places Where People are Afraid of Ideas”

Professor Alan Dershowitz: Colleges are “Places Where People are Afraid of Ideas” 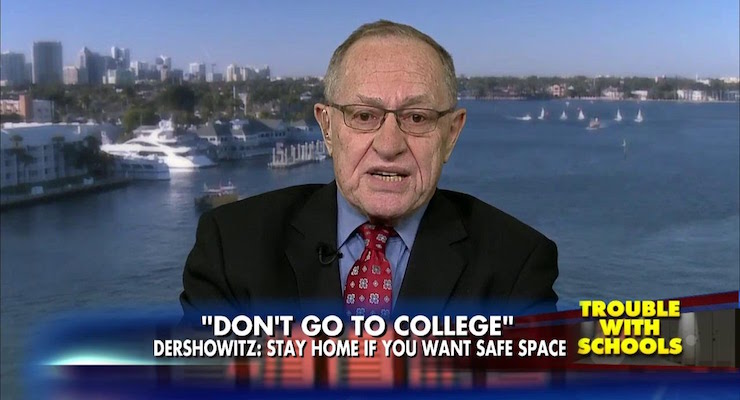 Liberal Harvard Law Professor Alan Dershowitz said on Fox and Friends that colleges have become “places where people are afraid of ideas.” Dershowitz, who was warning about out-of-control political correctness, told college students to “stay home” if they want a safe space.

And this idea of safe spaces. We have to distinguish between safe spaces for ideas, where there should be none, and physically safe places where you’re not intimidated or you’re not threatened. And christian speakers, pro-Israel speakers, speakers that are not politically correct today, have their physical safety endangered.

Trump: "Sure It's a Threat," Hillary Clinton is "Married to an Abuser

Ted Cruz: Obama's SOTU Was Less a State of the Union Than a State of Denial