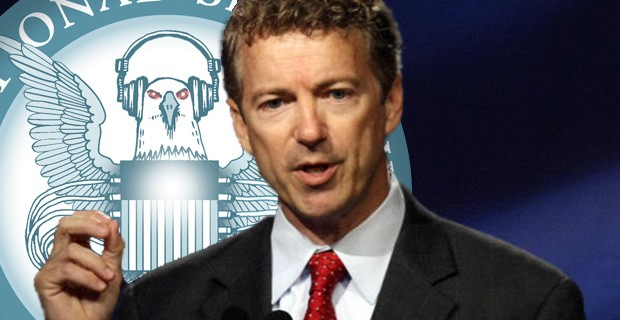 Libertarian-leaning Republican Sen. Rand Paul (R-KY), is suing the Obama administration for the NSA spying on Americans in an effort to “protect the Fourth Amendment.”

On “Hannity,” Paul told Fox News’ Eric Bolling Friday, “The question here is whether or not, constitutionally, you can have a single warrant apply to millions of people.” Though the argument seems straightforward, many constitutional questions still remain.

“So we thought, what better way to illustrate the point than having hundreds of thousands of Americans sign up for a class action suit,” Rand Paul said.

Paul said he began collecting signatures about 6 months ago when Edward Snowden first leaked details surrounding the NSA spying programs, which involves the NSA collection of metadata from millions of Americans’ phone calls. In a recent Washington Post interview, Edward Snowden declared mission “accomplished,” stating he had “already won” and achieved what he’d set out to do, which was to start a national debate.

Though Sen. Rand Paul happily accepted the opportunity to debate privacy violations, he admitted it’s “kind of an unusual class-action suit,” since just about everyone in America who has a cell phone is eligible to join in the legal action.

“We’re hoping, with his help, that we can get a hearing in court, and ultimately get this class-action lawsuit, I think the first of its kind on a constitutional question, all the way to the Supreme Court,” Sen. Paul said.

The real goal, obviously, is for President Obama to actually follow the Constitution, specifically regarding privacy protections outlined in the Fourth Amendment.

The Obama administration on Friday made two moves to protect the NSA spying programs, first by appealing a major ruling against the agency — outlined above — while succeeding in seeking permission from a secret court to continue collecting Americans’ phone records.

The recent renewal by the Foreign Intelligence Surveillance Court, or FISC court, was the latest approval of mandatory periodic requests since the two conflicting court decisions were handed down.

In its brief court filing, the Justice Department said it was appealing the December 16 decision by the U.S. Court of Appeals for the District of Columbia.

Those interested in the class action lawsuit can visit Rand-2016.com

Fallujah Captured By Al Qaeda: U.S. Blood And Treasure Down The Drain