HomeNewsObamaCare Delay Until 2016 Is A Lawless, ‘Desperate Move’ That ‘Reeks Of Politics’

ObamaCare Delay Until 2016 Is A Lawless, ‘Desperate Move’ That ‘Reeks Of Politics’ 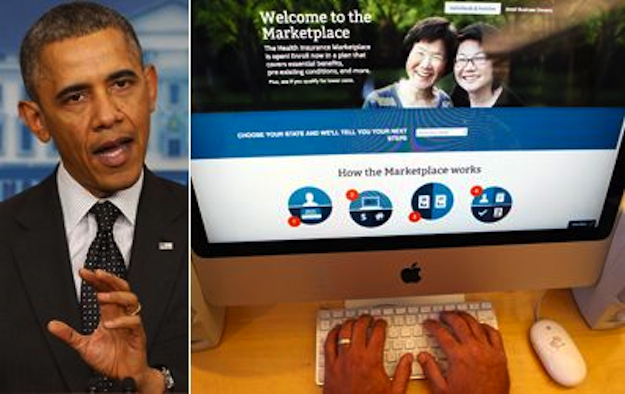 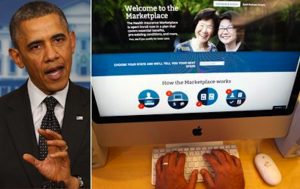 The Obama administration has decided to front-load bad ObamaCare news, including another delay in the law’s implementation that would allow insurers to sell policies that do not meet the Essential Health Benefit Standards.

The Obama administration announced Wednesday that it will let people keep “substandard” health insurance plans by issuing an outright ObamaCare delay until 2016, another act of lawlessness by an administration desperate to avoid certain political consequences. The move is clearly intended to put off consequences for Democrats when mass-cancellations hit millions of Americans until after both the 2014 midterm elections and the 2016 presidential election.

The administration, after Democrats forced a government shutdown over delaying the law, had already given people a one-year reprieve when millions had their health plans cancelled last year. Though President Obama promised people could keep their plans if they wanted, which earned Polifact’s “Lie of the Year” in 2013, neither individual or groups plans meet the law’s requirements under ObamaCare, and they will inevitably be cancelled and replaced with more expensive plans.

The so-called “fix” is meant to trick the American people during the transition and ease the political headache for Democrats. But the “fix,” and the latest ObamaCare delay until 2016, will likely have a limited impact. Because it is up to individual insurance companies and state commissioners whether to re-offer canceled policies, the administration will have to lean on them to hide the impact of the law, and they might.

Republicans immediately pounced on the announcement, citing the move as more evidence ObamaCare is bad policy and Democrats are cowardly scurrying for political cover. A spokesman for House Speaker John Boehner said the move to issue an ObamaCare delay until 2016 “reeks of politics.”

“By announcing a new delay in requiring that policies meet minimum coverage standards, the administration avoids a new round of health policy cancellations set to hit shortly before the November elections,” he said in a statement.

The incompetent Department of Health and Human Services argued that the administration was just trying to provide “flexibility” while the entire law is being implemented. But, in reality, HHS has been doing everything in their power to mislead the American people, including providing fictional enrollment numbers in an attempt to give the appearance of success with the law.

“These policies implement the health care law in a common-sense way by continuing to smooth the transition for consumers and stakeholders and fixing problems wherever the law provides flexibility,” HHS Secretary Kathleen Sebelius said in a statmeent. “This comprehensive guidance will help ensure that consumers, employers and insurers have the information they need to plan for next year and make it easier for families to make decisions to access quality, affordable coverage.”

The latest delay would be valid for policies issued up to Oct. 1, 2016, long enough to postpone cancelled policies not only after the 2014 midterm elections, but throughout the entire presidential campaign in 2016.

The cancellation, and the blatant lie regarding them, of at least 4.7 million individual policies politically damaged President Obama and precipitated the decline in his approval rating. A wave of cancellations hit last fall, just as the new HealthCare.gov website was exposed as an expensive failure.

It’s not clear how many people would actually be affected by the latest delay. About half the states have allowed insurance companies to extend canceled policies for a year under the original so-called “fix” by the White House. The policies usually provided appropriate coverage for a reasonable and bearable cost to the consumer. But they failed to meet requirements under the law.

“It’s not likely to affect a large number of people but it certainly avoids difficult anecdotes about people having their policies cancelled,” said Larry Levitt of the nonpartisan Kaiser Family Foundation, an expert on insurance markets. “I think it’s a small and dwindling number of people who are affected,” because insurers must make changes to forecast premium increases.

It’s also not yet clear if policyholders will find any financial relief if they are allowed to stay with their extended policies. Insurers in several states where extensions were allowed for 2014 have said they planned to hike the cost of those plans, regardless. Because enrollment has been far less than needed, premiums must be increased to cover the cost of Medicaid expansion and sicker, more expensive patients filling up the risk pool.

The law did include a scheme called “grandfathering” to try to deliver on Obama’s infamous broken promise. It was intended to shield policies in force at the time of the law’s 2010 enactment from many new requirements, provided the policies were not changed, even a little. But insurers considered it impractical, and it was. Further, many of the canceled individual policies would not have been eligible for relief anyway, because they were purchased after the law’s passage, as that’s the nature of the insurance industry.

When the cancellations were first exposed the White House went into full-blown damage-control, outrageously arguing that the cancelled plans were “junk” insurance and they knew better than consumers, who would be better off with the new expensive coverage under ObamaCare.

But Obama was quickly forced to reverse course, urging insurers and state regulators to allow policyholders to keep their existing plans for an additional year.

Meanwhile, amid the expextec announcement, the Republican-led House voted again Wednesday for a one-year delay of the penalty that people would have to pay if they fail to sign up for health insurance.

It was the 50th time that Republicans have forced a vote to repeal, gut or change the law championed by Obama. Wednesday’s vote was 250-160, and it came despite a veto threat.