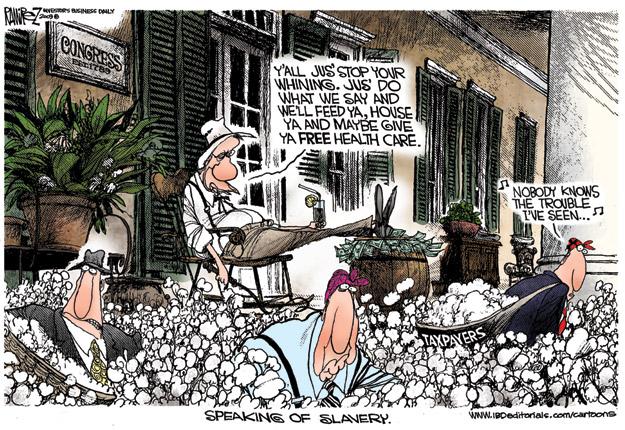 The Environmental Protection Agency proposed a rule change Tuesday to the Clean Water Act, which would create granted authority over temporary wetlands and waterways.

The new proposal drew immediate criticism and raised concerns that the regulatory power will translate in to new EPA regulations that extend into seasonal ponds, streams and ditches, including those on private property. The proposed rule change is the latest in what has been a string of new EPA regulations seen by many to be an agency power grab, overriding private constitutional property rights in favor of agency mission creep.

“The … rule may be one of the most significant private property grabs in U.S. history,” said Louisiana Republican Senator David Vitter, the top Republican on the Senate Environment and Public Works Committee.

The new EPA rule would expand pollution regulations to so-called “intermittent and ephemeral streams and wetlands” across the country, which are only created during wet seasons and are temporary.

The federal government, once again under the Obama administration, are arguing that temporary wetlands are, indeed, an actual part of the “waters of the United States.”

However, the Supreme Court already ruled on the issue in 2001 and 2006. The second decision restricted the federal government’s authority by ruling such waters must be “relatively” permanent or continuously flowing and sizeable, such as “oceans, rivers, streams and lakes.”

The EPA and the Army Corps of Engineers said Tuesday deciding Clean Water Act protection for streams and wetlands is now “confusing and complex,” something they supposedly claim occurred since the two Supreme Court decisions.

“For nearly a decade, members of Congress, state and local officials, industry, agriculture, environmental groups, and the public asked for a rulemaking to provide clarity,” the agencies said in a joint statement.

They added that these waters “form the foundation of the nation’s water resources,” but that the rule changes would not lead to a federal government overreach. In fact, they don’t acknowledge it even increases the reach of the government.

“To be clear, our proposal does not add to or expand the scope of the waters historically protected under the Clean Water Act,” EPA Administrator Gina McCarthy said in a video accompanying the announcement.

The EPA also said roughly 60 percent of “stream miles” in the country only flow seasonally or after rain but have a “considerable impact” on downstream waters — and that about 117 million Americans, or one in three, get their drinking water from public systems that rely in part on such streams.

The proposal is, however, subject to a 90-day comment period. Federal officials promised to conduct a “robust” public outreach effort that will include discussions across the country to gather the input needed “to shape a final rule.” Or, in other words, they will use public funds in an attempt to shape public opinion, otherwise known as propaganda.

The agencies said the proposed change is supported by the latest peer-reviewed science.

Yet Senator Vitter accused the EPA of “picking and choosing” its science, which they have been known to frequently do on other issues, while trying to “take another step toward outright permitting authority over virtually any wet area in the country.”

Vitter correctly warned the rule change, if and when approved, will inevitably lead to radical environmental groups suing private property owners to advance their agenda.

Republican Senator Lisa Murkowski of Alaska, said the change “could result in serious collateral damage to our economy.”

“[I]t appears that the EPA is seeking to dramatically expand its jurisdictional reach under the Clean Water Act,” Murkowski said in a statement. The senator also noted that the change has the potential to negatively impact Alaska.

“If EPA is not careful, this rule could effectively give the federal government control of nearly all of our state — and prove to be a showstopper for both traditional access and new development,” she said.