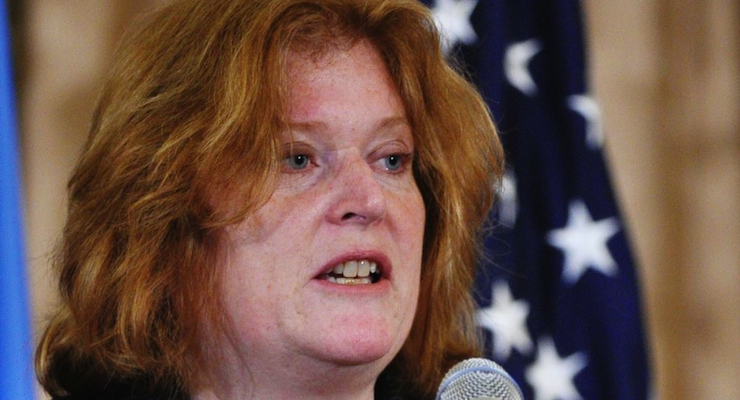 The following questions were developed for an attorney with the task of questioning Asst. Secretary of State Anne Richards on August 24, 2015, regarding South Carolina possibly taking in Syrian Refugees. Please use any and all of these questions when interviewing persons in favor of accepting Syrian Refugees into your community. I only request that you video tape both the question and response and share the video with me.

(Editor’s Note: Paul’s contact information can be found below.)

Question #1: Will the Syrian refugees be vetted and how? Michael Steinbach, deputy assistant director of the FBI’s counter terrorism unit was asked this same question before Congress in February 2015. His response was:

I just don’t think you can go and get it. You’re talking about a country that’s a failed state, does not have any infrastructure so to speak. So all the data sets, the police, the intel services, that you would normally go to and seek that information, don’t exist.

Follow-Up Question: Are you lying to us, or is Asst. Director Michael Steinbach accurate?

Question #2: You are here as an expert on Syrian refugees as your purpose is to enlist this state to receive thousands of Syrian refugees. Are you familiar with the Muslim term “Hijrah?” Are you aware of the two purposes of hijrah for Muslims? Please state them to prove your knowledge in this area.  JUSTIFICATION: IF the public is uninformed of this term and its reasoning they can not make an informed decision!

Question #3: According to the State Department, a “refugee” is eligible for work and is expected to do so almost immediately upon arrival. The current real unemployment is around 10%. However, government statistics on BLS lower these stats to 5% due to dropping millions of Americans from those seeking employment from the equation. How will this help the current unemployment levels of American citizens?

Question #4: Considering you use the term “integrate” in refugee resettlement policy, please tell us what you mean by this term and explain why that term was changed from “assimilate”?

(SEE: Difference between integration and assimilation.)

Question #5: Considering that the vast majority are Muslim, by using the term “integrate,” will you ask each Syrian refugee if they prefer sharia over the Constitution?

Follow-Up Question: State Department policy uses the term “integrate.” So, if Muslims come here and integrate do you expect us to accept some of their laws? You do know that pedophilia and killing non-Muslims are legal under sharia?

Question #6: What are the names of the top 20 organizations slated to receive funds for bringing in non-vetted Syrian refugees, who may create an unsafe environment for Americans?

Follow-Up Question: Regarding Catholic institutions involved, have you informed these groups that you will be using their connection to refugee resettlement initiatives to revoke their faith-based objection to paying for abortions?

Question #7: UNHR is lobbying for America to take 65,000 more by the end of 2016. Will there be an increase in Syrian refugees from the amount originally intended?

Question #8: What happens to refugees who are not “self-sufficient” after a 1-year period? Would they not be eligible for government assistance programs as they obtain citizenship? Do they become an additional burden to the taxpayers of the state?

Question #9: What is the difference between “self-sustaining” and “self-sufficient?”

Question #10: Will refugees be placed in a mandatory English language course? Why not? How do you expect them to adapt to American life if they will not or cannot learn the English language?

Question #11: Somalian refugees are moving from state-to-state to find the best and easiest accessed welfare. Many are not assimilating to the American culture. How will accepting more refugees then be a good thing for the local community and the American people as a whole?

Follow-Up Question: If not, then we are not asking the Syrian refugees to do anything to earn U.S. citizenship? That is after a minimum of being here in the country for 1 year? They simply sit back and reap the benefits but do not have to swear to defend our government?

Question #13: The government in accepting these refugees provides a guide to communities to help refugees access information on federal funding streams. If the state accepts thousands of refugees what does this mean regarding welfare costs and Medicare costs per person? For 1 year? For 3 years? For 5 years?

Question #14: Has the Government planned for the expansion of refugee services as Muslims tend to have much larger families than the current American population? Please explain. How will this effect our taxation federal and state?

Question #15: Are you engaged in tracking and targeting anti-refugee resettlement legislation in counties and states? If so, please explain how this is a legal task of a federal agency.

Question #16: Are you aware of Commissioner Peter Kirsanov’s letter to President Obama on how a large influx of unskilled laborers will effect the job market, particularly for black and other minority Americans? Or, any low or unskilled American in need of a job? His letter was written regarding granting illegals green cards to work in America. Refugees get green cards to work in America and will generally fill unskilled labor positions, negatively impacting the urban black population. How is this push to accept refugees in such large amounts NOT going to effect Americans seeking low skill jobs?

Question #17: What percentage of those labeled as Syrian refugees will actually claim Syria as their home country? Refugee camps take in people from many countries, how can you verify that these people are who they say are?

Follow-Up Question: If via the United Nations, why trust the same UN that allowed HAMAS to store and launch rockets from UNRWA schools from Gaza, and allowed HAMAS to establish a military base in the basement of a hospital in Gaza without making a public outcry defying their usage?

Question #18: Are you familiar with Kenya wanting to UN to remove their Refugee camps because of the Islamic terrorist attacks on the Westgate Mall and the Christian College in Kenya originating in the camps? Will any the refugees claiming Syria as a home come from Kenyan camps?

Question #19: A large percentage of those supporting the Islamic State (ISIS/ISIL) in the USA are Somalians who have or had a refugee status here. How will taking in new refugees who want their lives ruled by sharia like the Somalian refugees make us (the American people) safe versus increasing the threat of terrorism?

Follow-Up Question: Why are there NO Muslim countries accepting thousands of Syrian refugees? Wouldn’t this be a more culturally acceptable solution?