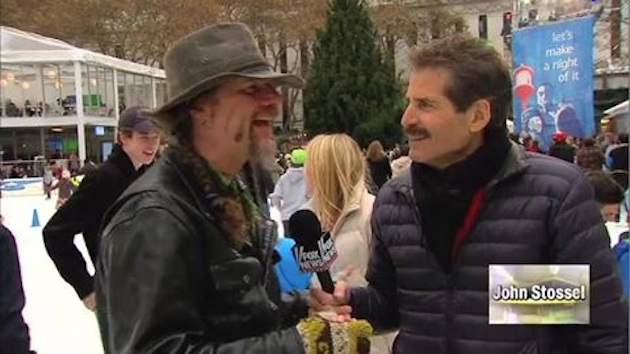 Most of life happens without a central planner. Yet people think we need one.

Suppose you’d never seen a skating rink, and I told you that I want to lay down some ice and charge people money to strap sharp blades on their feet. They will zip around on the ice — young and old, skilled and unskilled. My only rule: Go counter-clockwise.

Hillary Clinton would say the rink needs regulation. She calls herself “a government junkie.” Government junkies like government plans. Hillary’d probably demand that my rink have an official who tells skaters when to zoom left or right, when to slow down.

I actually tried that while doing a TV special on “Spontaneous Order.” I brought a megaphone to a skating rink and bossed people around. Some skaters fell. No one thought I’d made skating safer or better.

That’s because no “planner” knows the wishes and skills of individual skaters better than skaters themselves.

Yet control freaks have criticized such spontaneity for at least 2400 years. Plato warned that music should be simple so that it does not stir up passion. In the 1920s, Ladies Home Journal complained that jazz would lead “to a breaking away from all rules.” We’re lucky America didn’t have a U.S. Dept. of Music at the time.

On my TV show, one government-lover said decisions must be made “by technocrats … who have this expertise.”

But no central planner has enough expertise to direct the skaters on the ice. (I tried an expert, too. I got an Olympic skater to direct people. She was no better.)

Central planning creates the kind of inefficiency that brought down the Soviet Union. While Americans shopped in malls full of goods, Russians waited in long lines.

Today in the U.S., innovation tends to occur in the freest sectors of the economy, while sectors most closely affiliated with government stagnate. Because LASIK eye surgery is largely funded by customers, it’s improving by leaps and bounds. Government-subsidized hospitals, by contrast, can barely share equipment without running into a thicket of regulations controlling collaboration.

Eighty years ago, it took workers only 15 months to build the Empire State Building. But this century, using vastly superior construction equipment, building the new World Trade Center took 10 times as long. Eighty years ago, some trains ran faster than 100 miles per hour, but now even the “high-speed” Acela train averages only 90 miles per hour because government safety rules demand that American trains be heavier.

Venture capitalist Peter Thiel says the current state of regulation should frighten us: “You would not be able to get a polio vaccine … approved today.” He’s right. The first batch of Salk vaccine gave polio to 40,000 people. If that happened today, the FDA would immediately stop the research. Salk’s vaccine would not have had a chance to save thousands of lives and prevent so much misery.

Thiel funded startups such as Facebook, PayPal, LinkedIn and Yelp. It’s no coincidence that such wonderful innovation happened in cities far from Washington, DC. By the time regulators woke up, good things had already happened. But now the central planners want control over the Internet. Today, in response, Internet companies spend more on lobbying than Wall Street or defense contractors.

Today’s innovators take for granted that there’s only a short window of opportunity before regulators swoop in and ruin everything by dictating a single, centrally planned formula by which innovation may proceed.

That may not bother CEO’s who get in on the ground floor — their way of doing things becomes the template everyone else must use. But everyone else suffers. Bye-bye, innovation. But innovation was once what America was about.

Cisco Earnings Report Tops Wall Street Estimates Across The Board