HomeNewsEconomyU.S. Economy Created Fewest Jobs (33K) in Over Five Years in May

U.S. Economy Created Fewest Jobs (33K) in Over Five Years in May 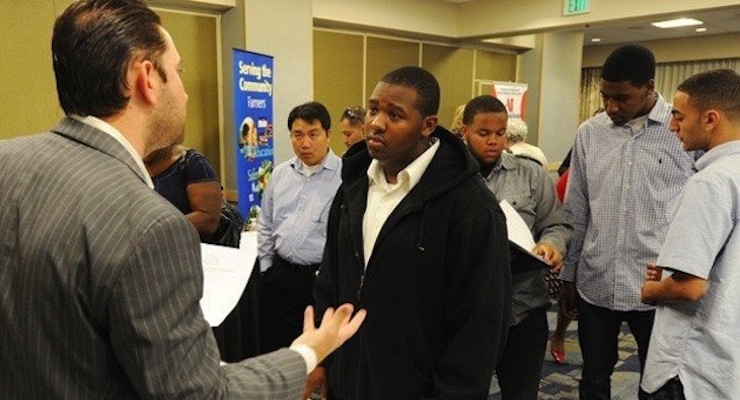 The Labor Department on Friday said the U.S. economy created just 33,000 jobs in May, the fewest number of jobs in more than five years and badly missing expectations. While nonfarm payrolls saw the smallest gain since September 2010 in May, the unemployment rate still fell three-tenths of a percentage point to 4.7%, the lowest since November 2007.

However, the decline in the unemployment rate was again fueled by American workers dropping out of the labor force. Excluding government jobs, the private sector added only 25,000 jobs, the smallest since February 2010.

The median economic forecast called for 164,000 jobs to be created and the unemployment rate to fall to just 4.9%. The May jobs report, which is conducted by the Bureau of Labor Statistics, said they revised the previous two months down, reporting employers hired 59,000 fewer workers in March and April.

Meanwhile, the government is blaming the month-long Verizon strike for depressed job creation and economic growth. But that would’ve only accounted for 34,000 jobs, at best. Wages were also relatively stagnant as the U.S. economy continued to migrate from having a full-time to part-time labor market.

The number of American workers stuck in low-paying part-time jobs increased by a staggering 468,000 to 6.4 million in the month of May, after showing little movement since November. These people are not full-time for economic reasons and also referred to as involuntary part-time workers. These workers, who would have preferred full-time employment, were part-time because their hours had either been cut back or because they were unable to find a full-time job.

The higher-paying goods producing sector, which includes mining and manufacturing, lost a whopping 36,000 jobs, the most since February 2010. Even without the Verizon strike, payrolls would have increased by a paltry 72,000.

In May, 1.7 million persons were still marginally attached to the labor force, which hasn’t changed from a year earlier. These American workers were not in the labor force, wanted and were available for work, and had looked for a job sometime in the prior 12 months. However, they were not counted as unemployed because they had not searched for work in the 4 weeks preceding the survey.

The Labor Department claimed real unemployment, or the U-6 rate that counts total unemployed plus all marginally attached to the labor force and part-timers, remained flat at 9.7%. But even the normally cited U-4 was not at all optimistic.

The number of long-term unemployed–or, those jobless for 27 weeks or more–fell by 178,000 to 1.9 million in May. These individuals accounted for 25.1% of the unemployed. The number of persons unemployed less than 5 weeks decreased by 338,000 to 2.2 million.

UPDATING BY THE MINUTE

How Mobile is Taking Over eCommerce