HomeNewsEconomyMcIntosh: “Clinton’s Plan is a Job-Crushing Assault on Economic Growth”

McIntosh: “Clinton’s Plan is a Job-Crushing Assault on Economic Growth” 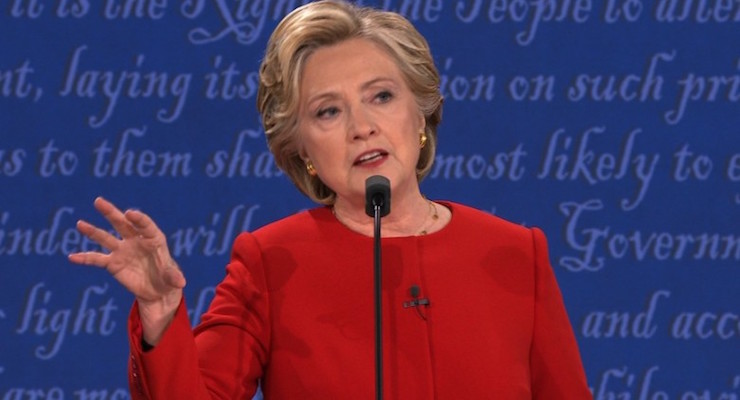 Democrat Hillary Clinton is receiving pushback for claiming at the first presidential debate at Hofstra University on Monday that “independent” analysts favor her economic plan over the one proposed by her Republican rival Donald Trump. During the “Achieving Prosperity” segment of debate, Mrs. Clinton admitted she wanted to raise taxes and regulations across the board, which Mr. Trump said would “regulate businesses out of existence.”

The Club for Growth, which promotes economic prosperity and liberty, disputes the review cited by Mrs. Clinton during the debate, which in fact is just an article by an ally at The Washington Post.

The Tax Foundation recently released a study examining the 10-year impact of the candidates’ plans on gross domestic product, capital investment, wages, jobs and tax revenue. On nearly every single indicator, Mr. Trump’s tax plan will have a far more beneficial impact on the economy than Mrs. Clinton’s, which actually does damage to the U.S. economy over 10 years. However, despite what the presumptive Republican nominee has claimed, neither static nor dynamic scoring prevents billions of dollars in deficits as a result of Mr. Trump’s plan.

To be fair, Mr. Trump does have plans to offset the budget shortfall by reforming foreign interventions and the North Atlantic Treaty Organization, also called the North Atlantic Alliance or NATO. He also has plans to save money on health care and budgetary reform, which was not scored by the Tax Foundation.