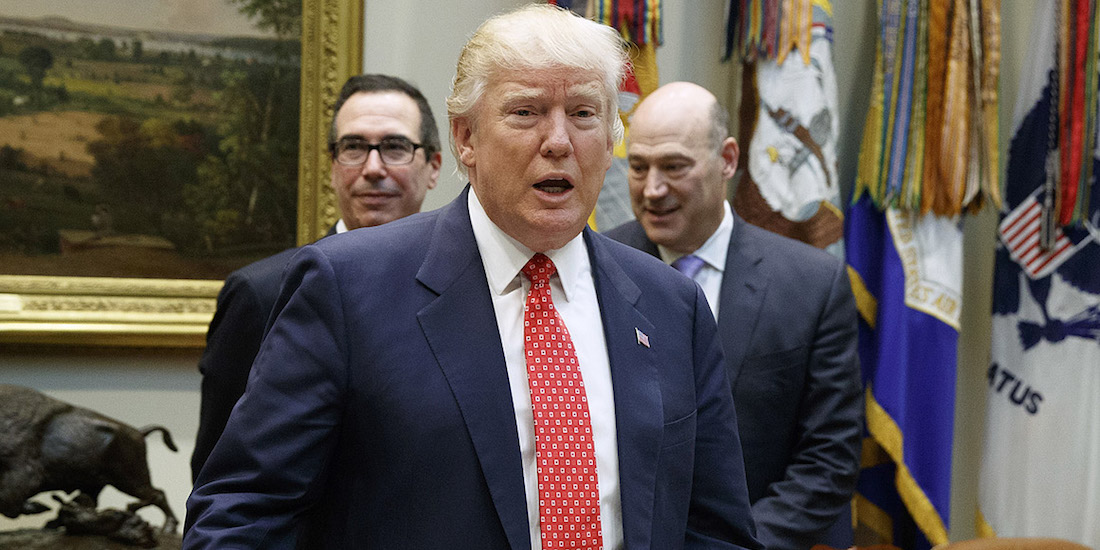 Total public debt outstanding had declined more than $100 billion under the Trump Administration, as tracked by People’s Pundit Daily (PPD). But according to the latest figures from the U.S. Treasury Department, those savings have all been wiped away following the debt ceiling and Harvey Relief aide package the president negotiated with Democrats in Congress.

But then it started to fall and generally continued on a downward trend. There had been no significant increase in the total public debt outstanding in the U.S. since it increased to $19,902,604,401,637 on March 14, 2017.

Until the debt ceiling deal.

The package funds the government and extend U.S. borrowing authority through Dec. 8, as well as provide an initial $15 billion for Harvey in Texas. While the deal avoids a government shutdown at the end of the month, it sets up another fight over spending and the U.S. national debt in December.

“The deal is not quite as good as my counterpart thought it was,” he told the New York Times’ ‘The New Washington’ podcast. His rationale was political, not economic or based on policy. He said that the battle for the debt limit increase will be delayed well beyond the initially agreed December deadline.

The U.S. Treasury Department publishes data on the total public debt outstanding in the U.S. at the end of every business day. Since our first report, as requested by our readers, People’s Pundit Daily (PPD) has begun to track that data weekly, beginning with the day President Trump was sworn in on Inauguration Day.