HomeNewsElectionsWhy Joe Miller Could Pull Off An Upset Against The GOP Establishment, Again 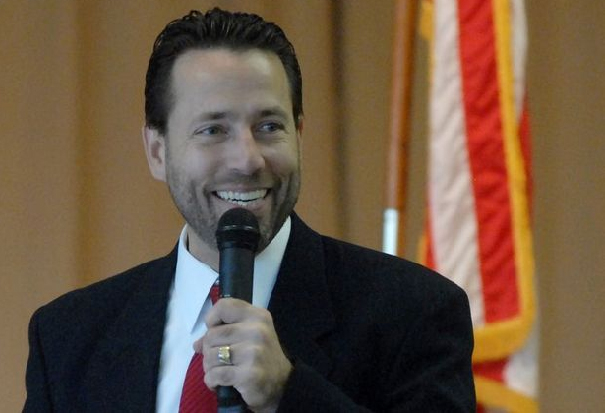 I rarely, if ever, revisit my Senate predictions on PeoplesPunditDaily.com for purposes of clarification rather than rating changes. However, after several discussions with campaign operatives in various camps, conservative Super PAC spokesmen, as well as further analysis of the Republican establishment’s strength in terms of support among Alaska Republican voters, this article is clearly warranted.

In my last look at the race, entitled “Alaska Senate Race Rating And Analysis Bodes Bad For Begich,” which is currently rated “Leans Republican” on the 2014 Senate Map, I gave a general assessment of the race and the political landscape. And to make a long story short, despite the bias fantasies held by other so-called objective pundits, I confidently concluded that it is more likely than not that election night is going to be a miserable night for Senator Mark Begich.

At this point, the only variable keeping the Alaska Senate race from moving farther to the right on the rating spectrum is the Republican primary, which we will now examine in more detail. With Gov. Sean Parnell deciding to stay out of the race, Lt. Gov. Mead Treadwell made his bid known almost immediately. Treadwell has already attacked the 2010 Republican Senate nominee Joe Miller, saying “I believe I don’t scare people. Joe does sometimes.”

There is a real potential for a reverse vote splitting phenomena to play out that inevitably will benefit Joe Miller. That is, typically establishment Republican candidates win primaries because the conservative vote is split between 2 or more anti-establishment candidates. In the Alaska Senate race the opposite is true, and it is conceivable to see how under the right conditions Joe Miller could upset the GOP establishment on primary night, again.

The Republican establishment has a history of soft support in Alaska that has worsened in recent years, i.e. beginning with Sarah Palin and reinforced by Joe Miller in 2010. Now, one might wonder how credible that claim is under scrutiny considering Joe Miller lost in 2010 to incumbent Republican Senator Lisa Murkowski. But let’s take a look at some recent Alaska voting trends.

Never mind the fact that Joe Miller actually defeated Murkowski in the 2010 primary, which was a two-way race whereas 2014 will be a three-way at least, Murkowski’s general election victory was suspect. Putting aside the allegations of voter fraud, which almost certainly have some degree of truth to them, I find other data points from 2004 to 2010 that should be of concern to the establishment.

In 2004, an election cycle very favorable to Republicans, tax increases passed by Governor Frank Murkowski, Lisa Murkowski’s father, moved popular opinion in the conservative state against the Murkowski family and led to her eking out a small 3-point victory with 149,773 votes (48.6 percent). The Democratic candidate, Tony Knowles, had strong crossover and independent appeal, garnering 140,424 votes (45.6 percent). Murkowski ticked off her base and it almost cost the senator her career.

By 2010, she repaired much of her image, and at the time Joe Miller announced his challenge she had the approval of nearly 3/4 of Alaskans. Polling in the state, as I have previously demonstrated, is notoriously inaccurate. Even some native pollsters, such as the liberal Ivan Moore Research company, isn’t worth a glance from any serious pundit. One survey conducted by Ivan Moore research had Murkowki beating Joe Miller by a margin of 62- 30 percent.

Nevertheless, it is clear that the conservative activists in the state, such as the voters who supported Sarah Palin and gave Joe Miller the 2010 nomination, are a force to be reckoned with and under-represented in polling.

While incumbent Governor Sean Parnell, who as lieutenant governor succeeded Palin following her resignation, received over 59.06 percent of the vote, or the highest percentage for any Alaska gubernatorial candidate in history, Democrat Ethan Berkowitz received 96,519 (37.67 percent) votes. That’s 36,512 more votes than Scott McAdams received in the three-way Senate race and almost identical to the 36,080 who voted in the Democratic primary, which is dominated by hardline activist.

Bottom line: Those 36,512 Democratic voters who supported Ethan Berkowitz for governor did not also support Scott McAdams, but instead many or most of them must have supported Lisa Murkowski to stop Joe Miller. In my experience, crossover voting on such a grand scale is rare to nonexistent, and there is no such thing as coincidences. But I will let you decide.

Meanwhile, out of the 109,750 who voted in the 2010 Republican primary, 55,878 (50.91 percent) voted for the winner, Joe Miller, and 53,872 (49.09 percent) voted for the spoiler and now-Senator Lisa Murkowski. Worth noting, as a demonstration of conservative voter turnout, Miller’s 2010 primary vote total represented approximately 10,000 more votes than the 45,710 Murkowski won in her 2004 landslide primary victory. Population increases, per the latest U.S. Census numbers released this month, cannot account for the disparity. It was voter intensity, plain and simple.

Out of the 134,959 registered Republicans in the state of Alaska, which are the most recent Jan. 3 numbers, it would appear that the Republican establishment can only count on half being in their corner, at best. The rest of the Republican-leaning supporters who are responsible for the party’s general election victories come from the large amount of nonpartisan (83,157) and undeclared (181,361) voters in the state registration records, which the establishment will not be able to tap in the primary (they have no history of significant primary engagement).

In other words, while the media may not be giving Joe Miller a decent chance by citing fictions and notoriously inaccurate pollsters, the actual numbers suggest he does have a decent shot at an upset. Any fissure between Treadwell and Sullivan, even a small fissure, would be catastrophic for the establishment. They simply do not have enough establishment Republican votes to split in a three-way primary.

That being said, Joe Miller has some serious challenges. Even the campaign doesn’t deny that the legal challenges against Murkowski following the 2010 election hurt their candidate’s favorability ratings, and he will most assuredly be outspent by both Lt. Gov. Mead Treadwell and Dan Sullivan.

However, I know for a fact that both the Club for Growth and the Senate Conservatives Fund are watching the Alaska Senate race very closely, and any one of them could decide the relatively inexpensive Alaskan market is a worthwhile investment. Just one of these conservative Super PAC titans to add to the already-announced Combat Veterans For Congress PAC, could prove to be too much for the soft-supported establishment to handle.

View Polling Below Or Return To Our 2014 Senate Map Predictions