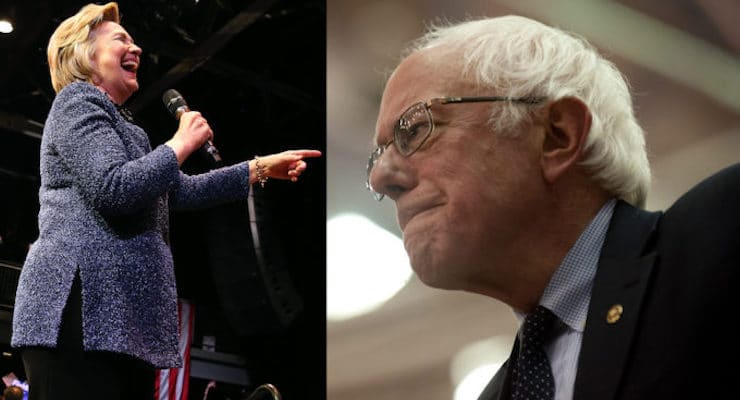 LONDON, ENGLAND – AUGUST 16: Alexis Sanchez of Arsenal is closed down by Yohan Cabaye of Crystal Palace during the Barclays Premier League match between Crystal Palace and Arsenal at Selhurst Park on August 16, 2015 in London, England. (Photo by Julian Finney/Getty Images)

Hillary Clinton has won the Pennsylvania, Delaware, Maryland and Connecticut Democratic primaries, while Bernie Sanders won Rhode Island. While the former secretary of state had a big night, she is on track to underperform the projections by the PPD Election Projection Model.

The Clinton campaign was hoping to end the night with at least 90% of the delegates needed, but it is less likely that she will get there. That said, it is still possible with votes still out in Connecticut, where she is leading slightly in voter-rich New Haven County and Hartford County.

Sen. Sanders, who won in the rural districts and counties in Maryland, Connecticut and Pennsylvania, vowed Tuesday night to keep fighting, casting himself as the candidate best-positioned to take on Trump or any Republican rival.

“This campaign is doing as well as it is with the extraordinary energy and enthusiasm we are generating across the country,” Sanders told a crowd in West Virginia, which votes May 10.