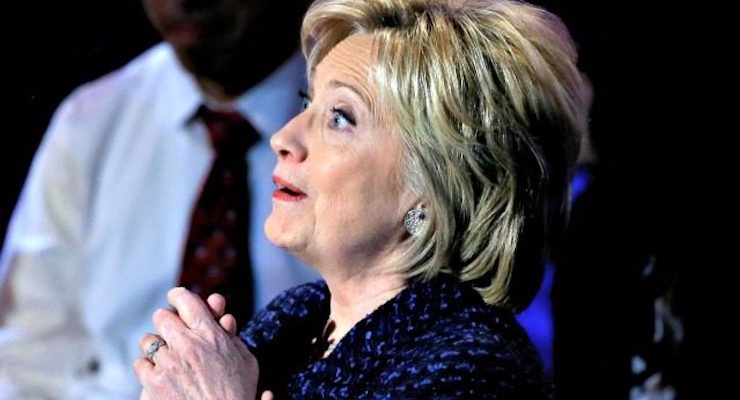 In part one of a multipart undercover investigation, the election integrity group Project Veritas Action exposes on video communication between the Clinton campaign, super PACs and other organizations. The officials admit to inciting violence at Trump rallies by using “mentally ill people” whom they pay, including a scheduled rally in Chicago that nearly turned into a riot and put the lives of police officers in danger.

Scott Foval, the National Field Director at Americans United for Change, admits on video to sending agitators to Trump rallies and coordinating these efforts with Hillary Clinton’s campaign, the latter of which is a clear violation of federal election law. The video also exposes the role of Bob Cramer, the founder and partner at Democracy Matters and husband of Rep. Jan Schakowsky, D-Ill., who represents the district covering Chicago.

Foval is on the video, which project director James O’Keefe promised was just the tip of the iceberg, saying he answers to the head of special events at the Democratic National Committee (DNC) and the Clinton campaign. He says the Clinton campaign funds the project by funneling the money through Democracy Partners, which pays the Foval Group, who “executes shit on the ground.”

The “shit” has been given a name by the campaign and activists–it’s called birddogging. The word itself, which has never before been used, further proves illegal coordination between the Clinton campaign and the PACs. Under the Federal Election Act, Title 52, United States Code 30101, et seq., there are several provisions that define the relationship between a candidate’s official campaign and an independent political action committee.

“The campaign is fully in it,” Cramer said. “Well, I mean, Hillary knows what is going on through the chain of command.”

Indeed, when we also checked campaign emails recently released by the anti-secrecy group WikiLeaks, we found numerous references to and from Clinton campaign officials.

Under the law, expenditures by a person or organization in cooperation, consultation, or concert with, or at the request or suggestion of, the agents of a federal candidate or that candidate’s authorized committee are deemed a contribution to the candidate’s campaign, and, thus, subject to the contribution limits imposed by federal law on donors to federal campaigns.

“It’s less than a Morse code than it is a text message that never happens,” Foval, Mr. Cramer’s attack dog says. “It’s an ongoing Pony Express.”

The undercover footage further exposes the connection to the Clinton campaign and Priorities USA, a primary super PAC supporting the former secretary of state.

“The thing we need to watch is making sure there is a double blind between the actual campaign and the actual DNC and what we’re doing,” Foval goes on to admit on video. “There’s a double blind there. So they can plausibly deny that they knew anything about it.”

Zulema Rodriguez, an activist used by the super PACs to incite violence, at one point in the video brags about shutting down the Trump rally in Chicago, an event that turned violent and put police and the community in danger. Two police officers were injured in the violence that broke out between Trump supporters and paid DNC protestors.

“So, B and I did the Chicago Trump event where we shut down like all the… .yeah,” Rodriguez says in the video laughing.

The Clinton campaign has yet to respond to a request for comment. O’Keefe, who released a previous video exposing the New York City Election Commissioner admitting Democrats commit mass voter fraud, was suspended by Twitter to prevent the release of future tapes.

“No, I’m saying we have mentally ill people that we pay to do shit, make no mistake,” Foval says as he the rooms laughs. “Over the last twenty years, I’ve paid off a few homeless guys to do some crazy stuff, and I’ve also taken them to dinner, and I’ve also made sure they had a hotel and a shower. And I’ve put them in a program. But the reality is, a lot of people, especially our union guys, they’ll do whatever you want. They’ll rock-n-roll.”