‘House Of Cards’ Exposes Crony Government On And Off The Screen 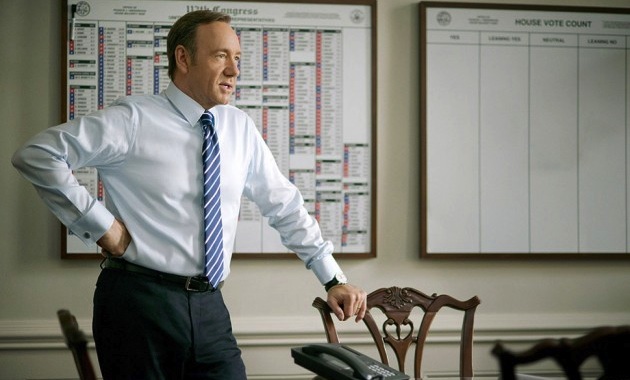 Even lawmakers concede the successful Netflix series “House of Cards” accurately portrays the corrupt, crony system filled with special favors that dominates in Washington, D.C. But, ironically, the show has exposed the not-so virtuous ways of government both on and off the screen.

Variety reported that Netflix will finally begin to shoot its third season in the state of Maryland after reaching a deal with 2016 Democratic hopeful, Governor Martin O’Malley. The production company Media Rights Capital, like a petulant child, had threatened to take the show to another state if Maryland did not grant them the same level of tax credits the show received while shooting the first two seasons.

In a year that middle wage-earning Americans were forced to cough up the most tax revenue in history, some of Maryland’s elected officials said they felt like they were being extorted by Media Rights Capital; ironic, considering the liberal culture in Hollywood that supposedly believes the rich should pay their “fair share” of the tax burden.

This year, the show will be granted a total of $11.5 million in credits, which is less than the $15 million the Media Rights Capital had been demanding in order to keep “House of Cards” in the state.

Originally, the Maryland General Assembly refused to authorize the tax credit program in a vote earlier this month, but Democratic Gov. O’Malley reportedly hammered it out Media Rights Capital over the past few weeks. It was O”Malley who came up with the $11.5 million agreement complete with productions credits and even state budget grants.

“Spoiler alert: We’re going to keep the 3,700 jobs and more than $100 million of economic activity and investment that ‘House of Cards’ generates right here in Maryland,” O’Malley said in a statement. “Media Rights Capital has been a great supporter of the people and entertainment community in Maryland, and we couldn’t be happier to continue our partnership.”

Asif Satchu, co-CEO of Media Rights Capital, said that House of Cards “is the gift that keeps on giving, having injected hundreds of millions of dollars into the local economy, while also helping to provide thousands of jobs to our Maryland community.” Obviously, this liberal doesn’t believe in paying his “fair share.” He, like Martin O’Malley and other big government progressives, believes the tax law should apply only to Americans who don’t have friends in government.

It is widely known that Gov. Martin O’Malley will likely run for president if he is able, though he has run into problems. In his early effort to secure Super Delegates and build a national organization of donors, he was rebuffed by big, Democratic donors who insisted they will wait on a decision from the current frontrunner, Hillary Clinton.