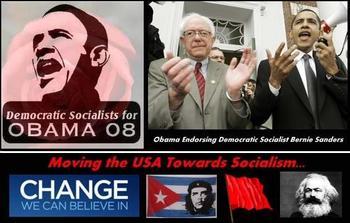 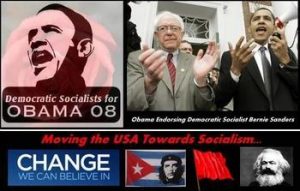 The Democratic Socialist Bernie Sanders said he wants to pull the party to the left even further than it already is by exploring a 2016 presidential bid. The Vermont senator, who has referred to himself as a Democratic Socialist in the past, says he will make a decision on whether or not he will run by January, the Boston Globe reported.

“It would be a serious campaign,” the radical Vermont lawmaker said. Sanders was first elected to the House of Representatives in 1990 and then in the U.S. Senate in 2006. “What I am proposing is a political revolution in this country.”

Sanders concedes that he has little chance of winning the nomination, but that’s not even his goal. Unlike half of America, socialist Bernie Sanders believes the Democratic Party isn’t far enough to the left on the issues, even though another Democratic Socialist, Massachusetts Senator Elizabeth Warren, would be his biggest obstacle when vying for leftist votes.

Warren, however, has insisted that she is not thinking about running in 2016, but Sanders said that wouldn’t even effect his decision.

Bernie Sanders, who caucuses with the Democrats in the Senate, and many other Democrats, are tired of pretending they aren’t what they are — socialists. The fact he is gearing up for a bid this early tells experts that Hillary Clinton may not represent the party as much as everyone claims in the media. It matters little that she really is far more to the left than portrayed.

“The Clinton era saw the rise of the corporate Democrat. You saw a lot of people in big business, all the sudden, getting in on the Democratic side,” Jim Dean said in an interview. Dean is the chairman of Democracy for America, which is the political action committee founded by his brother, Howard Dean.

Howard Dean was a serious Democratic presidential hopeful who is another Democrat Socialist in public. But he blew his chances after an outrageous campaign speech, during which he appeared to come completely unhinged.

Though Sanders wouldn’t rule out an independent run if unsuccessful, he did say he didn’t want to elect a “right-winger” as president by becoming a spoiler, such as Ralph Nader in 2000.