HomeNewsPoliticsHouse Votes To Hold Lois Lerner In Contempt, But Does It Matter?

House Votes To Hold Lois Lerner In Contempt, But Does It Matter? 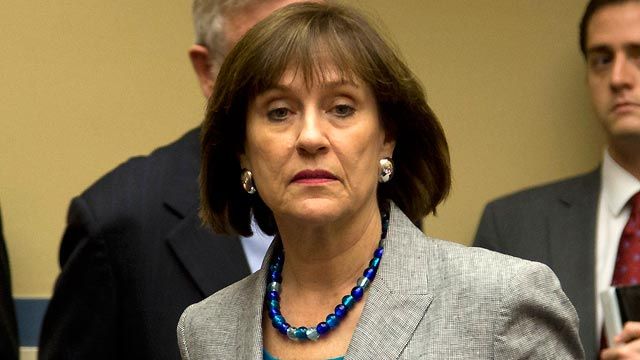 Former IRS official Lois Lerner, whom the House just voted to hold in contempt over her refusal to testify on the IRS scandal.

The Republican-controlled House of Representatives voted Wednesday to hold former IRS official Lois Lerner in contempt of Congress. Lerner refused to testify about the IRS scandal involving the targeting of conservative groups, only after she first offered a congressional committee a statement of innocence.

The House voted 231-187 for a resolution holding Lerner in contempt. All the Republicans voted yes, and they were joined by six Democrats, a significant development offering credibility to the House vote.

“Our system of government relies on the sacred trust the American people place in the transparency and accountability of its institutions, House Speaker John Boehner said in a statement following the vote. “Lois Lerner first violated that trust when she played a key role in the IRS’ targeting of certain groups based on their political beliefs, as our investigations have uncovered. She violated that trust again when she defied a congressional subpoena and refused to come clean about her participation in the scandal.”

Democratic Rep. Elijah Cummings (D-MD), the ranking member of the House Oversight Committee who was linked to the targeting of TruthTheVote.org last month, accused House Republicans of taking “a significant step backwards in their duty to uphold the U.S. Constitution by voting to strip an American citizen of her Fifth Amendment rights.”

But Republicans, as well the vast majority of the American people, aren’t buying the argument made by Cummings. “It’s time for Lois Lerner to account for her actions, and if she won’t then the full force of the law should be brought to bear,” the Speaker’s statement also read.

However, Lerner’s case will now be sent to the Justice Department, which is headed up by Attorney General Eric Holder, who was also held in contempt by the House. The Justice Department, in practice, must decide whether to prosecute Lerner in the case, but the language of the law states “shall prosecute” in instances of contempt of Congress.

In an effort to ensure Justice does their part, just minutes after the vote to hold Lerner in contempt, House lawmakers also passed a resolution requesting the Department of Justice appoint a special counsel to probe the IRS. It passed by an overwhelming 250-168 vote.

Last March, Lerner again refused to answer questions at a congressional hearing after Chairman Darrell Issa (R-CA) told reporters her lawyer had emailed his office indicating her willingness to testify. She received death threats and quickly did an about-face.

The House Oversight Committee voted to hold Lerner in contempt last month. All Republicans voted in favor and all Democrats voted against.

The contempt of Congress action now falls to Ronald Machen, the U.S. attorney for the District of Columbia. Federal law says Machen has a “duty” to prosecute the House’s case against Lerner before a grand jury. However, Machen was appointed to his job by President Barack Obama.

“We will carefully review the report from the Speaker of the House and take whatever action is appropriate,” Machen’s office said in a statement.

Lois Lerner headed-up the tax-exempt division at the IRS, but retired last fall. The IRS scandal ended her 34-year career in the federal government — with pay — which included time at the Justice Department and Federal Election Commission, which was directly tied to the scandal via leaked emails.

Considering the selection of Rep. Trey Gowdy for the select committee on Benghazi and the latest House vote to hold Lerner in contempt, it is safe to say Lerner may soon have company.

“The actions taken today also put the Obama administration on notice that the American people, and their representatives in the House, will not tolerate any more stonewalling,” Boeher’s statement read.

“Whether it’s the IRS scandal, Benghazi, Fast and Furious or any other area where the administration is hiding the facts, we will not stop until we get the full truth on behalf of the people we serve.”

Trey Gowdy Flips The Script On Pelosi And Obama, Says 'Elections Have Consequences'