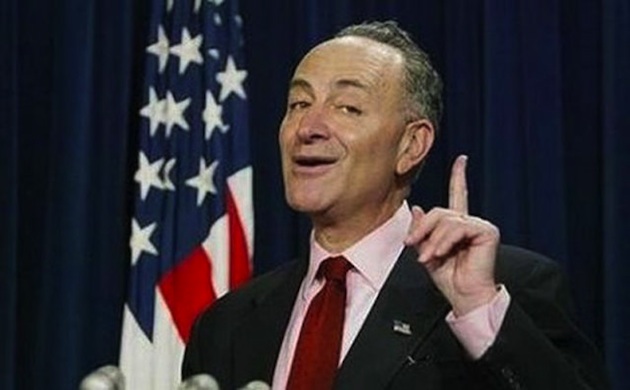 Conservative groups and members of Congress fighting to close the revolving door between K Street, Wall Street and Congress got a welcomed nod from the new House Majority Leader Kevin McCarthy (R-CA) in late June. McCarthy said he favored allowing the authorization for the Ex-Im Bank to expire. Now, big business Democrats are kicking up lobbying and legislative efforts to save the crony cash cow.

House leadership and conservative groups argue the Ex-Im Bank perpetuates corporate welfare, corruption and crime at the expense of the taxpayers. The Export-Import Bank, which was established in 1934 by Franklin D. Roosevelt, is supposedly in existence to “facilitate exports and imports and the exchange of commodities between the United States and other Nations.”

Proponents of the Ex-Im Bank argue that the loans, which are funded by money borrowed from the U.S. Treasury, are necessary to gain a competitive advantage in the global economy. In fiscal 2013, the bank authorized $27 billion to support an estimated $37.4 billion in U.S. export sales, including aircraft, power-generation equipment and oil and gas projects.

While past efforts almost succeeded, the push to close the bank this year by far has the best chance at success to date. Citizens Against Government Waste, Senate Conservatives Fund, Heritage Action for America, Generation Opportunity and Club for Growth, all have made pulling the plug on the Ex-Im Bank a top priority. If reauthorization does not move forward, the Department of Treasury would assume control. The bank would then only be able to manage existing loans, but not authorize new loans.

The groups and their allied lawmakers in the House, including Financial Services Chairman Jeb Hensarling of Texas, have not been without opposition. However, new efforts to save the bank are starting to gear up.

At a recent House hearing on reauthorization of the Export-Import Bank, lawmakers were handed a friendly reminder in the form of index cards noting which companies in their districts receive funds from the bank and how many people are employed as a result of those projects. The lobbying trick came directly from lobbyists for corporations such as Boeing Co. (NYSE:BA) and General Electric Co. (NYSE:GE), as well as business groups such as the U.S. Chamber of Commerce and National Association of Manufacturers.

Even though the argument to keep the Ex-Im Bank in existence is filled with rhetoric focusing on U.S. jobs, in practice the money tends to benefit those who do not have the interest of the taxpayers in mind. Gennady Timchenko, one of Russia’s richest billionaire oligarchs and long-time friend of President Vladimir Putin, benefited from Boeing’s deal with the Ex-Im Bank. He sought a U.S. government-backed loan from the Ex-Im Bank to purchase 11 luxury Gulfstream jets for himself.

“To smooth the path for financial backing from the U.S. Export-Import Bank and allay possible U.S. government concerns about him, Timchenko hired lobbyists from powerhouse Washington law firm Patton Boggs, according to emails and documents viewed by Reuters,” the news agency reported back in July of 2013.

It is dealings just like this, and worse, which make opponents of the bank cringe.

“The Export-Import Bank is nothing more than a slush fund for corporate welfare,” Club for Growth Spokesman Barney Keller told People’s Pundit Daily. And it gets even worse. The bank “has given subsidies to everything from Mexican drug cartels and Enron, and it should be eliminated,” he added.

Meanwhile, Senate Democrats are attempting to pull a legislative maneuver to ensure their big business cronies keep their favored status with Uncle Same. Sen. Chuck Schumer (D-NY) said he will push the Senate to take up and pass a bill to reauthorize the bank before Congress leaves for the August recess.

“I think that if we can pass it in the Senate, particularly with a good bipartisan majority … it will put pressure on the House,” Schumer said in a conference call Wednesday with reporters.

Schumer, appears to have so-called moderate Democrats falling in line behind him, and said Sen. Joe Manchin (D-WV) will introduce a reauthorization bill, which would go to the Senate Banking Committee, where Chairman Tim Johnson (D-SD) “wants to move the bill as quickly as possible,” according to Schumer.

Sen. Heidi Heitkamp (D-ND), who also sat in on the call, said both she and Schumer were confident the measure would pass in both the House and Senate.

“We believe the case is absolutely stellar for moving this in July,” Heitkamp said. “We also believe there are votes in the House, so hopefully that will happen.”

Bill Ayers Vs. Dinesh D'Souza On Part 3 Of 'The Kelly File' Interview