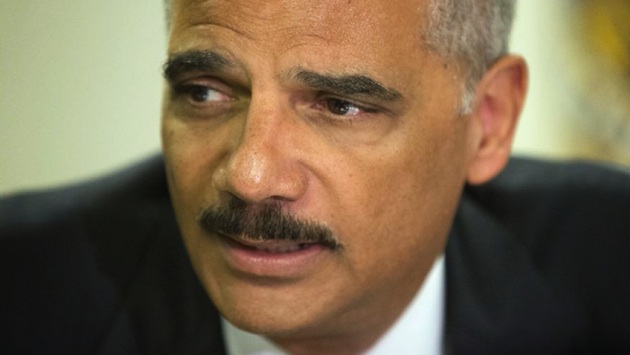 A federal judge has ordered the Justice Department to provide Congress with a slew of documents that Eric Holder has long tried to keep from Congress, and are at the center of the controversy over Operation Fast and Furious. Holder’s Justice Department conducted the gun-walking scheme that resulted in the death of U.S. Border Patrol agent Brain Terry.

U.S. District Judge Amy Berman Jackson, an appointee of President Barack Obama, set an Oct. 1 deadline Wednesday for the Justice Department to produce the list to the House Oversight and Government Reform Committee, which is the government watchdog committee headed up by Rep. Darrell Issa (R-CA).

The Justice Department had denied Congress access to the documents, claiming they should remain confidential. In a move that was a throwback to the Nixonian Era, President Obama invoked executive privilege, which is typically used in matters of national security, in an effort to keep their contents from Congress and the public.

House committee members say the documents should be able to shed light on why it was that Holder refused to admit that federal agents had engaged in a controversial law enforcement tactic known as gun-walking for nearly a year, and repeatedly attempted to link the operation to another under the Bush administration.

The Justice Department has long prohibited the risky practice. But the Bureau of Alcohol, Tobacco, Firearms and Explosives used it with disastrous results in a federal law enforcement probe in Arizona, Operation Fast and Furious.

In the operation, federal agents permitted illicitly purchased weapons that were cartel-bound to be transported in what they say was an effort to track them to high-level arms traffickers. However, according to whistleblowers, they provided little oversight to track the guns, leading many to draw the conclusion it was intentionally designed to increase violence with a true aim to push gun control measures.

Federal agents lost control of some 2,000 weapons and many of them wound up at crime scenes in Mexico and the U.S., and two of the guns were eventually found at the scene of the December 2010 slaying of U.S. Border Patrol agent Brian Terry near the Arizona border city of Nogales.

Congress is trying to get documents that were created after Feb. 4, 2011 — the day the Justice Department told Sen. Chuck Grassley that ATF “makes every effort to interdict weapons that have been purchased illegally and prevent their transportation to Mexico.” In court papers, the Justice Department has said that if the courts were to reject a confidentiality claim, Congress could have unfettered access to all information from the executive branch of government aside from presidential communications.

Chairman Issa said that the privilege log “will bring us closer to finding out why the Justice Department hid behind false denials in the wake of reckless conduct that contributed to the violent deaths of border patrol agent Brian Terry and countless Mexican citizens.”

On May 2, 2011, the Justice Department told Grassley, the ranking Republican on the Senate Judiciary Committee, that “it remains our understanding that ATF’s Operation Fast and Furious did not knowingly permit straw buyers to take guns into Mexico.”

Only three days later a senior Justice Department official informed the committee that “there’s a there there,” in reference to the to congressional inquiry. On Dec. 2, 2011, the Justice Department withdrew the original Feb. 4 letter which denied that gun-walking had taken place.

Christie on Ferguson: 'I Hate When People Who Don't Know Anything Act Like They Know Everything'