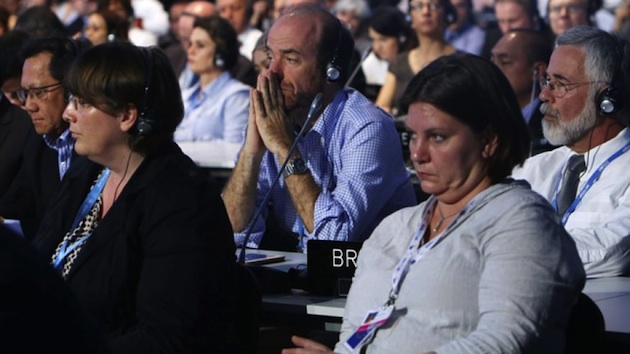 Unfortunately, we are not likely to hear any similar apologies from those who have been promoting “global warming” hysteria for years, in defiance of data that fail to fit their climate models. What is at issue is not whether there is “climate change” — which nobody has ever denied — but whether the specific predictions of the “global warming” crowd as to the direction and magnitude of worldwide temperature changes are holding up over the years.

The ultimate test of any theoretical model is not how loudly it is proclaimed but how well it fits the facts. Climate models that have an unimpressive record of fitting the facts of the past or the present are hardly a reason for us to rely on them for the future.

Putting together a successful model — of anything — is a lot more complicated than identifying which factors affect which outcomes. When many factors are involved, which is common, the challenge is to determine precisely how those factors interact with each other. That is a lot easier said than done when it comes to climate.

Everyone can agree, for example, that the heat of the sunlight is greater in the tropics than in the temperate zones or near the poles. But, the highest temperatures ever recorded in Asia, Africa, North America or South America were all recorded outside — repeat, OUTSIDE — the tropics.

No part of Europe is in the tropics, but record temperatures in European cities like Athens and Seville have been higher than the highest temperatures ever recorded in cities virtually right on the equator, such as Singapore in Asia or Nairobi in Africa.

None of this disproves the scientific fact that sunlight is hotter in the tropics. But it does indicate that there are other factors which go into temperatures on earth.

It is not only the heat of the sunlight, but its duration, that determines how much heat builds up. The sun shines on the equator about 12 hours a day all year long. But, in the temperate zones, the sun shines more hours during the summer — almost 15 hours a day at the latitude of Seville or Athens.

How surprised should we be that cities around the Mediterranean — Alexandria, Seville, and Tripoli — have had temperatures of 110 degrees or more, while many tropical cities have not? Clouds and rain are common in the tropics.

American cities like Phoenix and Las Vegas often hit summer temperatures of 110 degrees or more, because they are located where there are not nearly as many clouds during the summer as are common in most other places, including most places in the tropics. The highest temperatures on earth have been reached in Death Valley, California, for the same reason, even though it is not in the tropics.

Putting clouds into climate models is not simple, because the more the temperature rises, the more water evaporates, creating more clouds that reflect more sunlight back out into space. Such facts are well known, but reducing them to a specific and reliable formula that will predict global temperatures is something else.

Meteorology has many facts and many scientific principles but, at this stage of its development, weather forecasts just a week ahead are still iffy. Why then should we let ourselves be stampeded into crippling the American economy with unending restrictions created by bureaucrats who pay no price for being wrong?

Certainly neither China nor India will do that, and the amount of greenhouse gasses they put into the air will overwhelm any reductions we might achieve, even with draconian restrictions at astronomical costs.