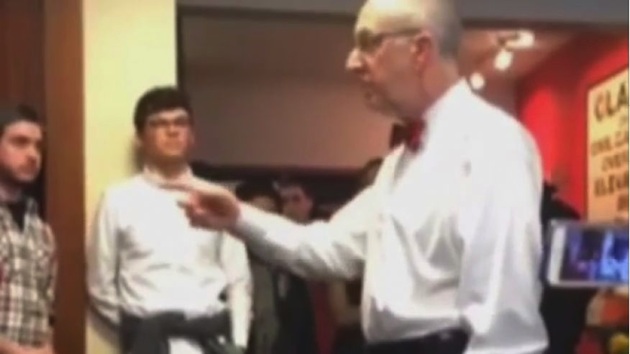 Cornell University students are say they should not have to pay a penalty for not buying the school’s health insurance if they already have covered, and are protesting the new policy at the Ivy League school.

The $350 “health fee” for opting out of the school’s insurance plan was announced in a memo school President David Skorton posted on Cornell’s website last week, according to higher education blog The College Fix.

“Effective next academic year, 2015-16, we will be introducing a student health fee for those not enrolled in the Cornell Student Health Insurance Plan (SHIP),” read the memo. “As a physician, parent and president, I am proud of our university’s long history of providing quality medical, mental health, education and prevention services on campus. These essential services play a critical role in student well-being and, therefore, success. Yet funding these services — and creating access to them for all students — has been a growing fiscal challenge, and a personal concern of mine.”

The announcement sent students into protest, including rallies on campus and Twitter hashtag activism under the banner #FightTheFee. Under the Affordable Care Act, better known as ObamaCare, the students on the Ithaca, N.Y., campus not only are required to have insurance, but will pay an extra fee to skip the school’s plan if already covered. The university is passing the costs down to the consumer — the student — and they aren’t happy.

Students who do not opt in to the $2,352 per year plan must pay the $350 fee, which “most likely” won’t be covered by financial aid, according to campus newspaper The Cornell Review. Ironically, but likely not a coincidence, the university plan is run through Aetna, whose CEO, Mark Bertolini, is a Cornell alumni (MBA grad). In addition the fee, students will have to pay a $10 co-pay when visiting the school’s health center.

Cornell Vice President for Student and Academic Services Susan Murphy said in her own statement on Wednesday that “the fee is necessary to create a sustainable model for health services while also increasing accessibility and protecting student privacy.”

“It is our responsibility to work together, to make sure everyone in our community who needs help gets it. That is a burden, and a benefit, we all share,” She said.

Cornell has BILLIONS of dollars in its endowment. It is NOT poor in any measure. #FightTheFee

University officials have thus far refused to comment on the possibility of tapping the endowment.