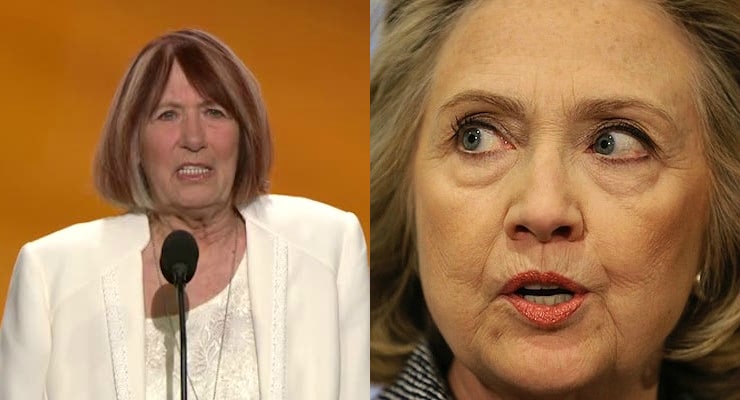 Hillary Clinton was declared in default in court late last week after she failed to response to a lawsuit filed by two of the Benghazi victims’ families. Patricia Smith, the mother of Sean Smith, and Charles Woods, the father of Tyrone Woods, filed a lawsuit against the Democratic presidential nominee claiming she wrongfully caused the death of their sons and engaged in defamation, as well as intentional and negligent infliction of emotional distress.

The Democratic presidential nominee was declared in default by the court clerk Friday — a designation that simply means she was served with court documents and that she did not answer the complaint. It is not a finding of liability.In fact, Clinton’s Secret Service delegation and campaign aides refused to accept the summons, according to court documents.

But Clinton will now have to respond in some way — such as arguing that the default be set aside or moving to dismiss the case entirely — to avoid the possibility that a judge could rule automatically in favor of the plaintiffs.

Her lawyers could also seek an extension that would push her deadline for response past the November election.

Patricia Smith and Charles Woods claim in the suit that the attack that killed their sons, Sean Smith and Tyrone Woods, as well as two other Americans, “was directly and proximately caused, at a minimum” by Clinton’s use of a private email server while in office.

Friday’s declaration of default doesn’t carry any automatic impact — a default judgment, for example, would require a request from the plaintiffs. The court now awaits motion from either party.

The parents, now the plaintiffs, also alleged that Mrs. Clinton defamed them in statements to the media.The families of the victims have been publicly criticizing Mrs. Clinton, among other administration officials, for lying to them about the cause of the attack (the YouTube video) and the events that transpired over the 13 hours. She said during an interview with her former employee-turned-journalist George Stephanopolous that the families were lying about her statements in the days after the attack. She later walked back her claims, instead blaming the “fog of war” for her statements, which she now again denies making.

Ms. Smith has been an outspoken critic of Mrs. Clinton, most recently at the Republican National Convention in July, after which she was trashed by Clinton surrogates.

Meanwhile, on Tuesday the House Oversight and Government Reform Committee held a hearing where one of the men under subpoena, Bryan Pagliano, who helped set up Hillary’s unauthorized and unsecure email server, failed to show up to testify. The other Platte River Network associated who used Bleachbit to wiped her server clean even though the committee had the contents of the server under federal subpoena, plead the fifth.

Obama to Increase Refugee Resettlement by 30%, Despite U.S. Public Opinion