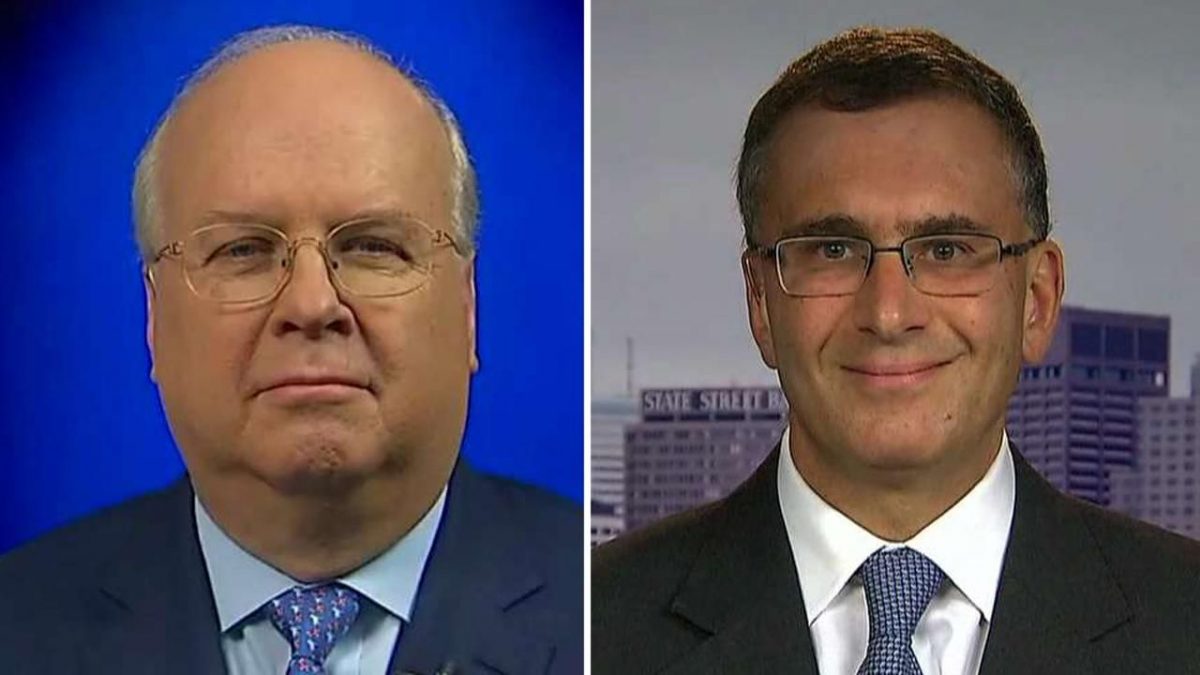 Jonathan Gruber, the MIT economist and architect of ObamaCare, is still relying on the “stupidity of the American voter” to enable Democrats to blame Donald Trump for the law’s failure. On Fox News Sunday, Gruber, blamed the current president for the news last week that Iowa will lose the last insurer to provide individual insurance plans next year.

Gruber, who infamously said on video Democrats relied upon the ignorance of Americans to pass the health care law, blamed the current president.

“And whose fault is this?” he said to Wallace. “Before President Trump was elected, there were no counties in America that did not have an insurer. Since President Trump’s been elected, a massive … ”

Gruber went on to argue insurance companies wanted to participate markets and still made money, though they say otherwise. Further, insurers began to pull out of the ObamaCare exchanges well before President Trump ever took office.

United HealthGroup Inc. (NYSE:UNH), the nation’s largest insurer, announced in April 2016 it would bail on all but a “handful” of ObamaCare exchanges in 2017.

“In recent weeks, growth expectations for individual exchange participation have tempered industrywide, co-operatives have failed, and market data has signaled higher risks and more difficulties while our own claims experience has deteriorated, so we are taking this proactive step,” Stephen J. Hemsley, chief executive officer of UnitedHealth Group said during the announcement.

A few months later in August, Aetna (NYSE:AET), the nation’s third largest insurer, announced what was then the most significant withdrawal from the marketplaces set up by ObamaCare.

“Following a thorough business review and in light of a second-quarter pretax loss of $200 million and total pretax losses of more than $430 million since January 2014 in our individual products, we have decided to reduce our individual public exchange presence in 2017, which will limit our financial exposure moving forward,” Aetna Chairman and CEO Mark T. Bertolini said in a statement at the time. “More than 40 payers of various sizes have similarly chosen to stop selling plans in one or more rating areas in the individual public exchanges over the 2015 and 2016 plan years, collectively exiting hundreds of rating areas in more than 30 states.”

Humana (NYSE:HUM) said earlier that month it would reduce its participation on the exchanges from 15 states to just 11 . As a result of these decisions, many counties in the country have no insurers offering Americans plans, while states like Iowa have seen a total collapse of the individual market.

Last week, Medica, the last insurer in the Hawkeye State, announced it cannot do business in the state anymore.

“Without swift action by the state or Congress to provide stability to Iowa’s individual insurance market, Medica will not be able to serve the citizens of Iowa in the manner and breadth that we do today. We are examining the potential of limited offerings, but our ability to stay in the Iowa insurance market in any capacity is in question at this point,” the company’s statement said.

The same decision to pull out of Iowa’s individual health insurance market for 2018 has already been made by Aetna and Wellmark Blue Cross & Blue Shield. Medica Vice President Geoff Bartsh said in an interview on Wednesday his company lost $1.5 million covering 14,000 Iowans last year, and couldn’t afford to take on tens of thousands more from the other two carriers.

Those companies are the only three choices Iowans had for individual health insurance in most areas of the state.

“The real issue is that our healthcare system is more screwed up because government now is playing a bigger role,” contends CATO economist and PPD contributor Dan Mitchell. “And keep in mind that fixing the problem means a lot more than simply repealing ObamaCare.”

Price: 'We Will Be Taking Action in Short Order' on ObamaCare’s Contraception Mandate

Clapper Stands By Assessment There's 'No Evidence' Of 'Collusion'