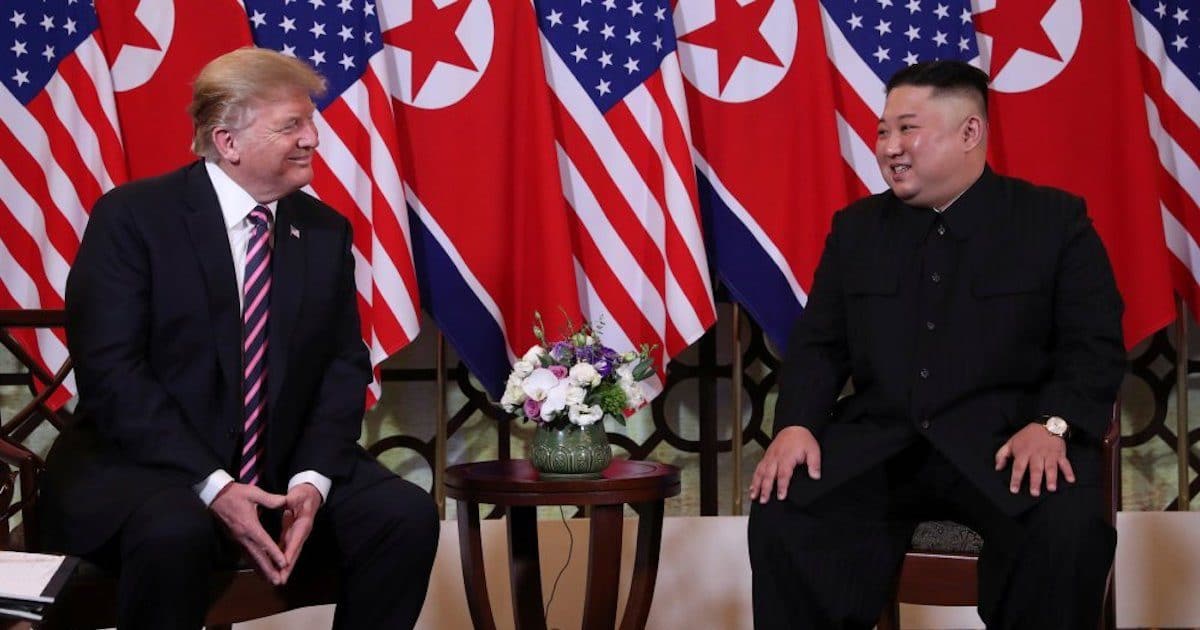 President Trump: “Sometimes You Have to Walk”

“The two leaders discussed various ways to advance denuclearization and economic driven concepts,” White House Press Secretary Sarah Sanders said in a statement. “No agreement was reached at this time, but their respective teams look forward to meeting in the future.”

A planned signing ceremony set for Thursday afternoon in Hanoi was canceled abruptly after President Trump walked away. The president held a news conference alongside Secretary of State Mike Pompeo.

“Sometimes you just have to walk, and this was one of these times,” President Trump said, adding the U.S. demanded Chairman Kim shutdown previously undisclosed activities and “he was unprepared to do that.”

Chairman Kim offered to close down the Yongbyon Nuclear Scientific Research Center in exchange for sanction relief. But President Trump indicated the U.S. raised new intelligence indicating other activities, suggesting North Korea didn’t believe the U.S. was aware of them.

Pyongyang was unwilling to completely give up its intercontinental ballistic missile and warhead programs.

However, Chairman Kim pledged not to resume nuclear and missile testing, according to the president and secretary of state.

In June 2018, President Trump and Chairman Kim met for a historic summit in Singapore, the first-ever between the U.S. and North Korea after more than six decades of hostility. That did result in a signed agreement pledging to work toward the “complete denuclearization of the Korean Peninsula.”

Chairman Kim said the world would see a “major change” in his regime, which agreed to destroy a “major” missile testing site. But North Korea later said it would not denuclearize unless the U.S. eased sanctions and its own arsenal.

As a result, the Trump Administration decided North Korea would not see relief from sanctions before the second nuclear summit. President Trump insisted the “maximum pressure” campaign continue until the two countries reach a verifiable deal.

In return for denuclearization, the president will also have to convince Chairman Kim he can guarantee personal and regime security.

Previously, the U.S. successfully pushed a U.N. Security Council resolution imposing the most severe sanctions ever on the communist regime. In total, the sanctions cost Pyongyang more than $1 billion in exports.

The administration followed up by sanctioning a Russian bank that was “knowingly facilitating” illicit transactions related to North Korea.

President Trump is not the first to walk away from a nuclear summit to hold out for a more preferable agreement.

Only 15 minutes had been allotted for the discussion, but it went on for an hour. President Reagan later walked away from Reykjavík Summit in October 1986, but it resulted in the 1987 Intermediate-Range Nuclear Forces Treaty.

Earlier Thursday, Chairman Kim answered questions from a foreign journalist for the first time ever.

When asked by a member of the White House press pool about his outlook for the summit, the North Korean leader responded.

“It’s too early to say. I won’t make predictions,” Chairman Kim said. “But I instinctively feel that a good outcome will be produced.”

“We didn’t get something that was ultimately beneficial to the United States,” Secretary Pompeo said, adding Chairman Kim was “hoping we would.”

“We asked him for more but he was unprepared to do that. Still, I’m optimistic. We are much closer than we were even just 36 hours ago.”

Michael Cohen Privately Boasted About His Role "To Get" Donald Trump