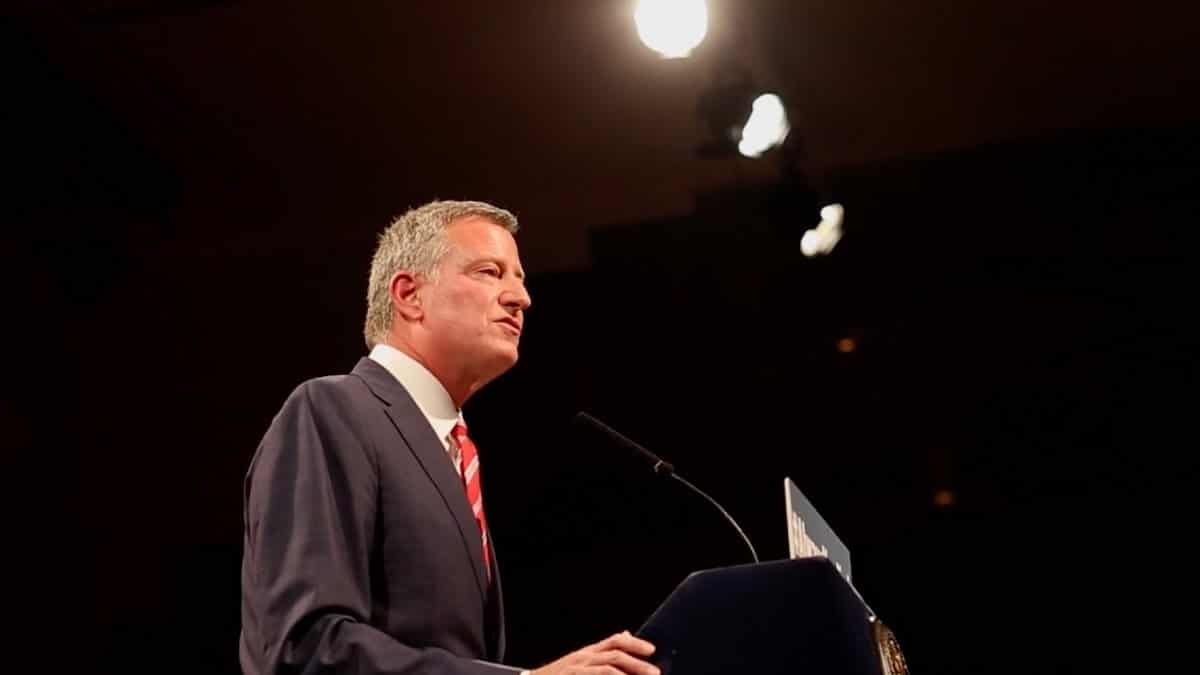 New York, N.Y. (PPD) — New York City Mayor Bill de Blasio was booed by the crowd at a memorial for George Floyd in Brooklyn and faced calls to resign on Thursday. Thousands gathered in Cadman Plaza for the event, to which the mayor was 20 minutes late.

First, Mayor de Blasio was booed as he finally arrived to the memorial and walked across the stage, with crowds shouting “De Blasio, go home!” Even louder booing ensured as he and first lady Chirlane McCray took the stage.

The booing finally subsided when First Lady McCray took the microphone, which she did first before the mayor. When he eventually did attempt to address the crowd, it was difficult to make out his words over crowds chanting “Resign!” The crowd also chanted, “Turn your back!”

Before long, Mayor de Blasio gave up and handed the microphone to Terence Floyd, the brother of the now-national figure who died while being arrested by police in Minnesota.

Mayor de Blasio has faced widespread criticism for his handling of the protests-turned-riots in New York City. Flack has been thrown at him from all directions, from the community to a bipartisan chorus of elected officials to even fellow Democrat, Governor Andrew Cuomo.

On Tuesday, Governor Cuomo called his handling of riots a “disgrace” and noted that he does in fact have the power to “displace” Mayor de Blasio. However, he added that he won’t at this time, despite calls to do so from former beloved New York City Mayor Rudy Giuliani.

Following a phone call between the nation’s governors and the president, during which 7:00 PM was discussed as a crucial curfew, the mayor imposed an 11:00 PM curfew on Monday. It did not dissuade the riots and what resulted was another night of fires and looting, during which his own daughter was arrested. He since moved up the curfew to 8:00 PM and extended it through Sunday night.