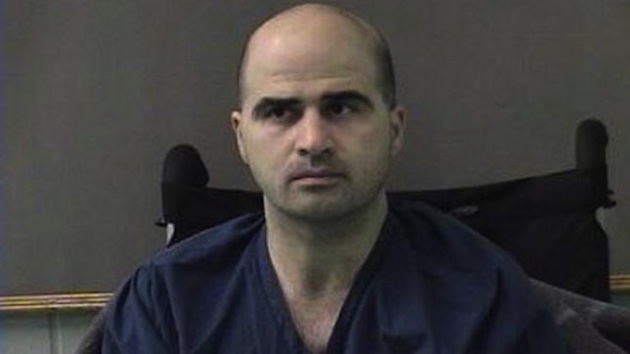 The Obama administration has desperately tried to bury all references to Islamic terrorism in Justice Department culture and handbooks. As a result, the convicted Fort Hood massacre committed by shooter and Islamic radical Nidal Hasan has been officially labeled as “workplace violence.”

Catherine Herridge, the award-winning Chief Intelligence correspondent for FOX News Channel, has once again obtained another letter from Hasan that clearly details his radical Islamic motives, which is addressed to Pope Francis and espouses “jihad.”

Hasan repeatedly references the Koran in this latest letter, and includes a bulleted list of guidelines for “believers.” In late August, Herridge also obtained another Hasan letter, in which he pledged his allegiance to the Islamic State — otherwise known as ISIL and ISIS — and its leader Abu Bakr al-Baghdadi.

In the letter titled, “A Warning To Pope Francis, Members Of The Vatican, And Other Religious Leaders Around the World,” Hasan uses the acronym “SoA” to describe himself, or “Soldier of Allah.” He directed his attorney John Galligan to mail the six-page, hand-written letter to Pope Francis, but Galligan offered a copy of the letter to Herridge at Fox News.

In one part of the letter subtitled “Jihad” — viewable below — he claims “Believing fighters (mujahadeen) have a greater rank in the eyes of Allah than believers who don’t fight.”

Hasan was convicted on 13 counts of premeditated murder and 31 counts of attempted murder for the 2009 Fort Hood massacre, but not terrorism. He is currently on death row at Fort Leavenworth in Kansas.

The Obama administration also announced they will not be charging terrorism charges against Alton Alexander Nolen, 30, who beheaded Ms. Colleen Hufford, 54, before stabbing Ms. Traci Johnson, 43, at a food distribution center in Oklahoma. The Moore Police Department called the FBI after it became crystal clear that Nolan, who referred to himself as Jah’Keem Yisreal on his Facebook page that was filled with radical Islamic rants, was motivated by Islamic extremism.