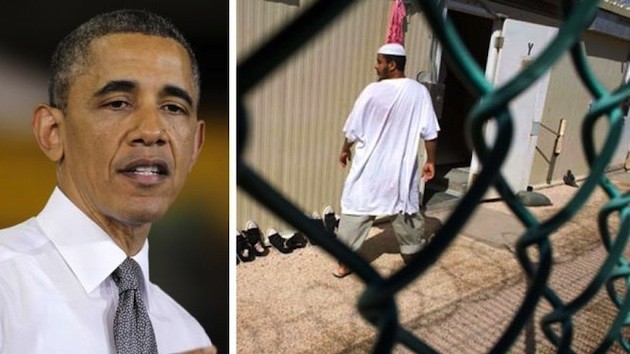 According to a new report, U.S. intel officials believe upwards of 20 to 30 Guantanamo Bay detainees released by the Obama administration have joined the Islamic State. These particular detainees were released in the previous two to three years, according to intelligence and Defense officials who spoke to Fox News.

The development comes a little less than a month after reports surfaced that claimed President Obama was “drafting options” to close Guantanamo Bay, and was “unwavering in his commitment” to closing the detention center.

The intelligence concluded that many of the released detainees are presently fighting with the Islamic State, otherwise known as ISIS, on the ground inside Syria, while others are believed to have joined or are helping al-Qaeda or the affiliated al-Nusra Front in Syria.

Some of the former detainees are helping these groups from outside the country, with tasks that include financing operations and supporting what has been a widely effective propaganda campaigns.

The exact number or proportional number of detainees that are released just to rejoin the Islamic jihad fluctuate depending on who you speak with. However, we do know that a majority of jihadists released stay in their home country and rejoin the jihad there. Intel officials say they know for sure that of the 620 detainees released from Guantanamo Bay, 180 have returned or are highly suspected to have returned to the recent battlefield.

Of those 180, sources told Fox News that 20 to 30 have either joined ISIS or other militants groups in Syria, or are actively collaborating with and providing aid to these groups from other countries. However, they did say most of those 20 to 30 are, in fact, currently operating from within Syria.

President Obama promised just hours after taking the oath of office in 2009 that he would close Guantanamo Bay, but has struggled to fulfill the promise because, as we’ve previously examined at PPD, closing the detention center is and has always been a deeply unpopular idea.

In response to the early October report, House Speaker John Boehner said that closing the Guantanamo Bay detention center was opposed by an “overwhelming majority of Americans” and, according to PPD’s analysis, he’s absolutely correct.

Under current law, which was passed in a broad bipartisan fashion, the executive branch is prohibited from releasing Guantanamo Bay detainees without first receiving the aforementioned notice and approval.

A White House official told PPD in June that the Bergdahl swap was an effort by the Obama administration to test the political waters, a blow-back barometer if you will. The blowback was severe, but the president appeared to have abandoned his plan to close Guantanamo Bay for the time being, or at least until after the midterm elections.

Now, six years later, that effort has run aground, complicated by problems with relocating prisoners, by concerns about fighters returning to the battlefield and by Congress’ resistance to allowing any to be detained on the U.S. mainland.

According to a Fox News source, there are 149 detainees still at Guantanamo Bay, almost 90 of them from Yemen.