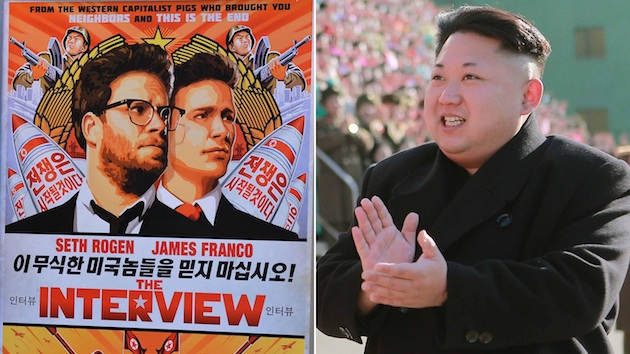 WASHINGTON –  The FBI Friday officially blamed North Korea for the cyber-attack on Sony Pictures Entertainment (NYSE:SNE), but there is mounting pressure on the White House to take tough action in response.

“The FBI now has enough information to conclude that the North Korean government is responsible for these actions,” the FBI said in a statement on Friday.

The bureau’s investigation, which involved multiple agencies and included a technical analysis of the malware used in the attack, found the malware “revealed links to other malware that the FBI knows North Korean actors previously developed.”

Investigators uncovered a “significant overlap between the infrastructure used in this attack and other malicious cyber activity the U.S. government has previously linked directly to North Korea,” specifically various IP addresses with “known North Korean infrastructure” that communicated with IP addresses “hardcoded” into the malware used by the Sony hackers.

The FBI said they have seen the “tools” used in the attack before, citing a North Korea-led attack against South Korean banks and media outlets last year.

“We are deeply concerned about the destructive nature of this attack on a private sector entity and the ordinary citizens who worked there,” the FBI said in its statement. “Further, North Korea’s attack on SPE reaffirms that cyber threats pose one of the gravest national security dangers to the United States. Though the FBI has seen a wide variety and increasing number of cyber intrusions, the destructive nature of this attack, coupled with its coercive nature, sets it apart.

“North Korea’s actions were intended to inflict significant harm on a U.S. business and suppress the right of American citizens to express themselves. Such acts of intimidation fall outside the bounds of acceptable state behavior. The FBI takes seriously any attempt — whether through cyber-enabled means, threats of violence, or otherwise — to undermine the economic and social prosperity of our citizens.”

When asked at Thursday’s White House press conference what the Obama administration intends to do about the unprecedented attack – which along with 9/11-style threats by the “Guardians of Peace” hackers led Sony to cancel the release of “The Interview” – White House Press Secretary Josh Earnest said there are a “range of options.”

“We need a proportional response,” he said.

However, Rep. Patrick Meehan (R-PA), chairman of the House Homeland Security Committee’s Subcommittee on Cybersecurity, said the response should be sever, but also include the U.S. finally addressing a new world battlefield by building up our cyberdefense capabilities.

“A lack of consequences for when nation states carry out cyberattacks has only emboldened these adversaries to do more harm,” Meehan said in a statement. “The attack on Sony shows the dire need to upgrade our cyber defenses.”

But the Obama administration has been reluctant to define in no uncertain terms what constitutes a cyberattack, whether it is an act of war and, if so, what the consequences of such an attack will be. Rep. Meehan notes that the House bill dealing with cybersecurity has passed both houses of Congress and has awaited President Obama’s signature for quite some time.

The FBI’s statement did not implicate another country, specifically the longtime ally of North Korea, China. Yet, an intelligence source told Fox News that “the evidence points to North Korea as the main player but with support from an outside party.”

Officials told PPD this week that the only countries with such capabilities are Iran, China and Russia.

Meanwhile, Ernest cautioned the U.S. should be “mindful of the fact that sophisticated actors, when they carry out actions like this, are oftentimes … seeking to provoke a response from the United States of America. They may believe that a response from us in one fashion or another would be advantageous to them.”