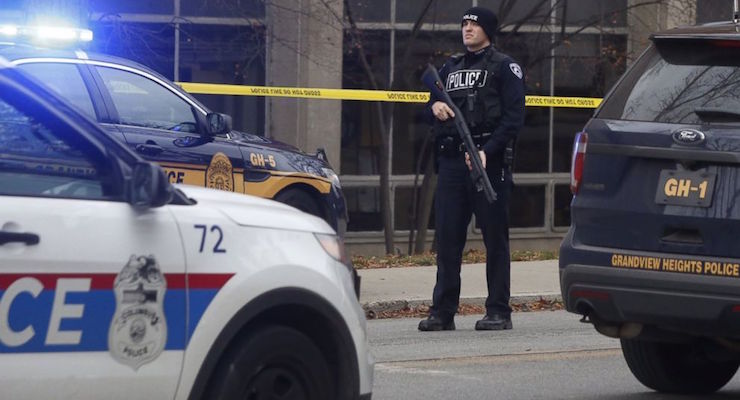 An officer blocks the scene as police respond to reports of an active shooter on campus at Ohio State University on Monday, Nov. 28, 2016, in Columbus, Ohio. (Photo: AP)

He then got out of the car and attacked them with a knife, injuring 11 before the school’s public safety director, identified Alan Horujko shot him dead.

“The executor of the attack in the American state of Ohio is a soldier of the Islamic State and he carried out the operation in response to calls to target citizens of international coalition countries,” the Islamic State’s Amaq news agency said on Tuesday.

While no specific evidence has emerged to indicate Artan had communicated with Islamic State members, he wrote on his Facebook page before the attack that he had reached a “boiling point” and actually referenced “lone wolf attacks,” as well as radical cleric Anwar al-Awlaki. 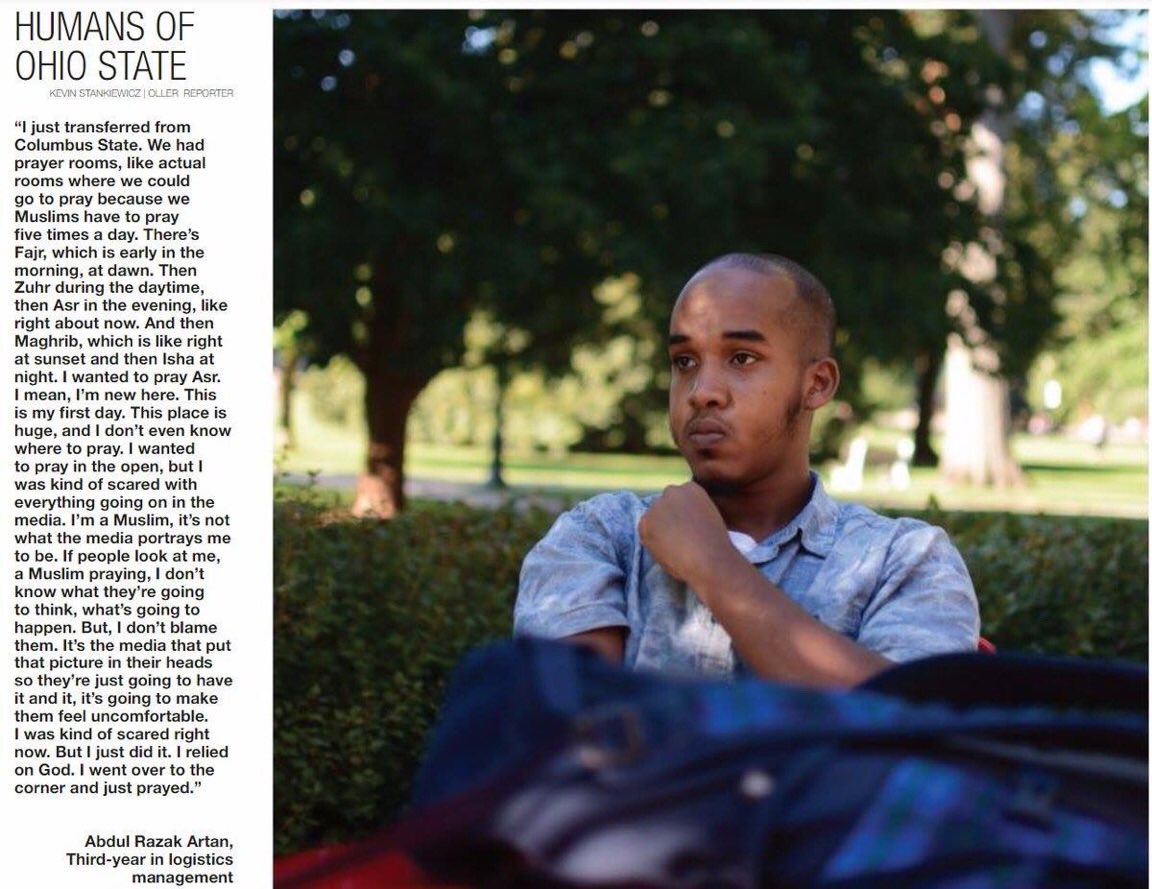 On his very first day at OSU, he spoke with the Lantern, the campus publication, and said that he was “kind of scared” to pray in public. “If people look at me, a Muslim praying, I don’t know what they’re going to think, what’s going to happen,” Artan was quoted as saying in the Lantern.

Two law enforcement sources also confirmed to PPD that the style of attack was encouraged in a recent issue of the Islamic State’s online magazine. That excerpt was also strikingly familiar to an al-Qaeda publication.