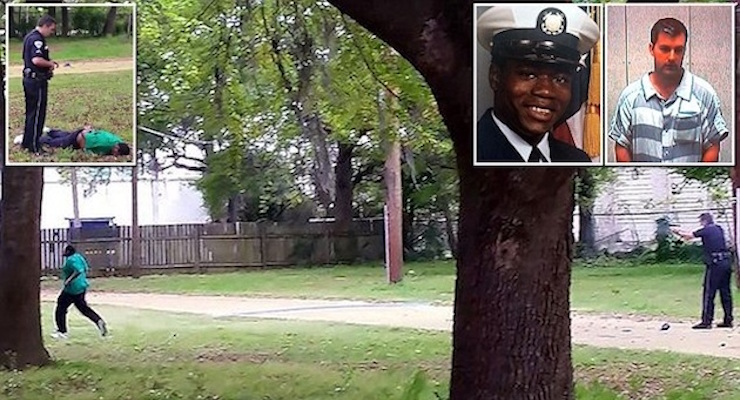 Charleston County, S.C. police officer Michael Slager was charged with Walter Scott’s murder after shooting him in back after a traffic stop.

A judge Monday declared a mistrial after the jury deadlocked in the case of Michael Slager, a North Charleston police officer who shot Walter Scott. Ex-patrolman Slager was charged with shooting Scott, a black driver in South Carolina last year.

The defense in the five-week trial argued that Slager feared for his life when 50-year-old Walter Scott got control of the officer’s stun gun and pointed it at him. Slager was fired from the North Charleston police department after his confrontation with Scott on April 4, 2015 led to Scott’s death. A video of the shooting caught on a bystander’s cellphone went viral online and the media picked up the story, sparking national outrage.

“Despite best efforts, we were unable to come to a unanimous decision,” the jury wrote in its final note to the court. Jurors had deliberated more than 22 hours over four days.

The jury also considered a lesser verdict of voluntary manslaughter, but Mr. Slager faces 30 years to life in prison if convicted of murdering Mr. Scott. It’s the second case in the last few weeks in which a jury deadlocked in an officer-involved shooting. On November 12, a jury in Cincinnati couldn’t reach a verdict in the case of a former campus police officer who was also charged with shooting a black motorist. 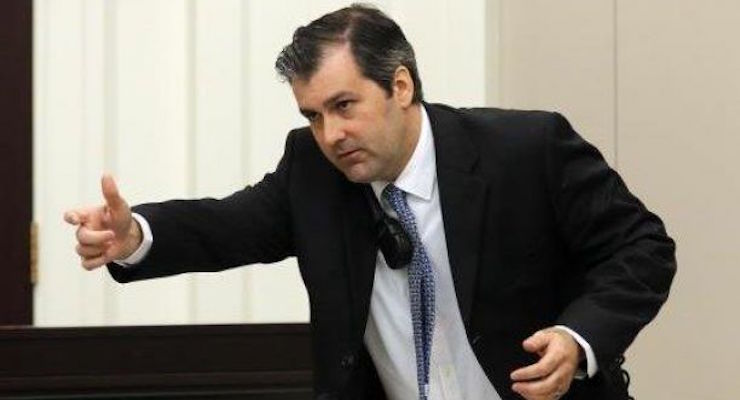 While the jury foreman told Circuit Judge Clifton Newman that he thought the jurors could still reach a verdict if deliberations continued. At the time, which was right before the weekend, it was believed one juror opposed a guilty verdict. That juror sent Judge Newman a letter claiming that he could not “with good conscience approve a guilty verdict.”

However, over the weekend break things took a turn in favor of Mr. Slager. On Monday, jurors again sent a note to Judge Newman claiming “the majority” were unable to reach a verdict and posed several questions to the judge, including a request for clarification on why voluntary manslaughter was added as a possible verdict. They also asked whether the definition of self-defense for a police is different than for the average person.

Despite the media narrative, the issue of race was never a major theme at the trial.

A good deal of testimony at the trial surrounded the cellphone footage, which was blurry and shaky. Still, the jurors saw the video multiple times frame by frame. Andy Savage, the defense attorney for Mr. Slager, requested a mistrial from the judge on Friday but it was denied.

“The note that was received Friday was unequivocal,” Mr. Savage said. “This court is aware one or more of the jurors is unequivocally unwilling to vote for the guilt.”

As we’ve seen across the nation, the city of North Charleston last year agreed to pay a $6.5 million civil settlement to the Scott family before the criminal trial was completed. Prior to the increase in racial tension, it is not typical for any civil suit to precede a criminal case, as it taints the jury. Not this time.

Following the shooting, the city asked the Department of Justice (DOJ) to conduct a review of department policies. As a result, Mr. Slager still will face trial next year in federal court on charges of depriving Scott of his civil rights.