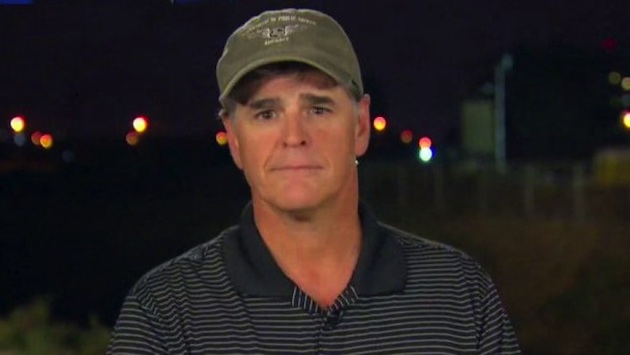 Sean Hannity toured the terror tunnels with IDF spokesperson Libby Weiss, who provided insight into the current threat that Israel faces. Lt. Weiss said the Israeli military estimates that each tunnel took at least one year to complete and costs millions of dollars.

An Israel military official told PPD that it is estimated that the terror group Hamas spent at least 100 million dollars on the construction of the tunnels. So, if poverty in Gaza is repeatedly scapegoated as the reason a terror group rose to power in Gaza, where did that money come from?

According to a July 2014 Congressional Research Service report conducted by Jim Zanotti, a specialist in Middle Eastern affairs, the U.S. is largely to blame.

“Since the establishment of limited Palestinian self-rule in the West Bank and Gaza Strip in the mid-1990s, the U.S. government has committed approximately $5 billion in bilateral assistance to the Palestinians, who are among the world’s largest per capita recipients of international foreign aid,” the report said.

From FY2008 to the present, payments from the annual Economic Support Fund (ESF) assistance to the West Bank and Gaza Strip averaged around $400 million, with that amount divided between U.S. Agency for International Development (USAID)-administered project assistance (through grants to contracting organizations) and direct budgetary assistance to the Palestinian Authority (PA).

Because the U.S. is concerned that funds may end up funding the activities of terrorists, the administration claims that vetting and oversight measures have been strictly enforced. However, in practice, once the funds are released to the Palestinian Authority, which just aligned with Hamas, much of the oversight is delegated to the corrupt United Nations.

Since the conflict began, U.N. buildings have been frequent targets of Israeli strikes due to the fact they help Hamas hide and store weapons, including rockets found in three separate UNRWA schools. The U.S. is the single-largest donor to the U.N. Relief and Works Agency for Palestine Refugees in the Near East, or UNRWA.

Israeli military officials have identified the concrete used to construct the tunnels as Israeli concrete given to the Palestinian Authority and U.N. agencies with the purpose of building Palestinian infrastructure, such as schools, hospitals, businesses and homes. The electricity running throughout the sophisticated network was also sourced to the Israeli power grid.

While most media reports claim that upwards of 50 to 60 cross-border terror tunnels exist, Israeli military sources told Hannity that Hamas has built at least 100 tunnels, some of which as deep as 70 feet below the surface. He said Israel strongly believes that it’s necessary to destroy the tunnels, and other Hamas infrastructure.

“It is a real clear and present danger in the mind of everyone here,” Hannity said.