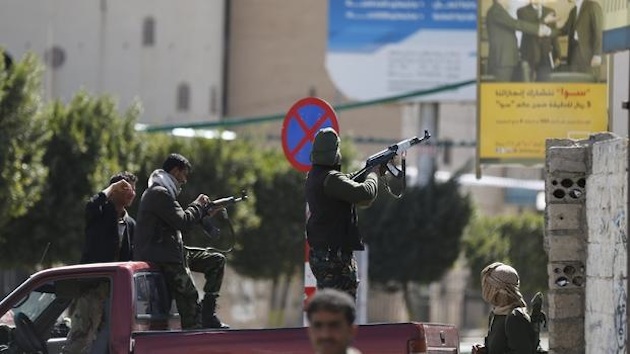 UPDATE: Houthi rebels have taken control of the presidential palace in Yemen, amid news reports of a coup from the anti-Israel and -Western shiite forces.

SANA’A, YEMEN – Heavy fighting has broken out in Sanaa, the capital of Yemen, as conflicting reports indicate a possible coup by Shiite rebels against the country’s government. Houthi rebels, a proxy force for Iran, rooted in northern Yemen fired on the prime minister, the presidential palace and have the captured state-run media of the Arab world’s poorest country.

“This is a step toward a coup and it is targeting the state’s legitimacy,” Information Minister Nadia Sakkaf told The Associated Press.

The destabilization of the Arab world’s poorest country comes as the U.S. government characterizes al Qaeda in the Arabian Peninsula (AQAP), the group that took credit for the attacks in Paris, as the most dangerous faction of Islamic terrorism. Though Houthi rebels have vowed to exterminate al Qaeda, they are also strongly anti-West.

The group, whose official slogan is “Death to Israel. Death to America,” has been making gains against government forces since September, when they captured parts of the capital. On Saturday, rebels kidnapped President Abed Rabbo Mansour Hadi’s chief of staff.

Worth noting, President Obama has cited his strategy in Yemen as a model for fighting the Islamic State. While there has been no order to evacuate the U.S. embassy, the State Department has only said they were “monitoring the situation closely and will calibrate the embassy security posture accordingly.”

The cease-fire, which was negotiated by a presidential committee and included the interior and defense ministers, remains rather unstable. According to a presidential aide and a tribal sheik close to the Houthis, neither side appears willing to truly compromise and it may have come too little too late. It came after witnesses said the rebels had seized control of the hills overlooking the palace and the military camp south of it.

“The two sides have hit a dead end,” said Yemeni activist Hisham Al-Omeisy. “Everyone is strong-headed and everyone has their finger on the trigger. It was only a matter of time.”