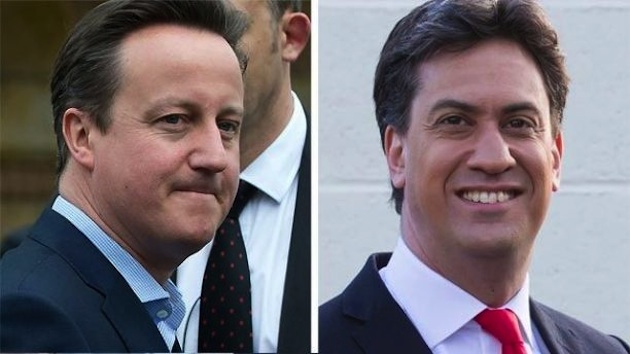 U.K. Prime Minister David Cameron and his conservative Tory Party have won approximately 331 seats in the Parliamentary election, more than enough for an outright majority. Polls had shown the election was too close to call, but the opposition Labour Party lost much of its support to the Scottish independence movement and has been shed to a projected 232 seats.

“This was clearly a very strong night for the Conservative Party” Cameron said in Oxfordshire, who also hoped to appease Sottish nationalistic fervor. “I want my party, and I hope a government that I would like to lead, to reclaim a mantle that we should never have lost — the mantle of one nation, one United Kingdom.”

Cameron will go to Buckingham Palace later Friday to inform Queen Elizabeth II that he had enough support to form a government, while his coalition partner, the Liberal Democrat party, faced a clear electoral disaster. The party is predicted to lose most of its seats as punishment for supporting a Conservative Tory agenda since Cameron first rose in 2010.

“It is now painfully clear that this has been a cruel and punishing night for the Liberal Democrats,” said leader Nick Clegg, who held onto his own seat. Clegg resigned early Friday morning as leader of the party.

The Scottish National Party won a projected 56 seats, 50 more than it garnered at the last election in 2010.

“The Scottish lion has roared this morning across the country,” said former SNP leader Alex Salmond, who was elected in the seat of Gordon.

The pound surged on the heels of the election results, as investors will not see days or weeks of uncertainty over the formation of a new government. The currency held onto most of those gains on Friday, trading at $1.5440. Stocks also surged, with the main FTSE 100 up 1.6 percent.