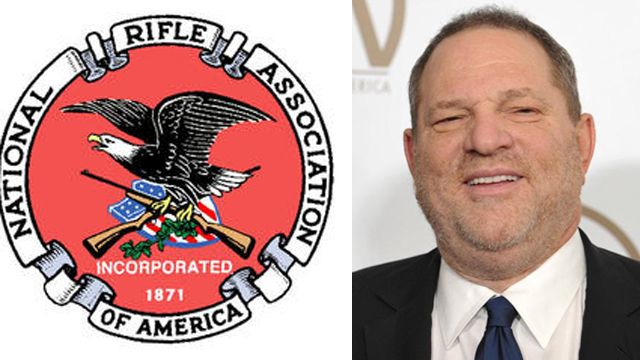 Sen. Ted Cruz responded to Weinstein in an interview with Greta Van Susteren (see below), stating Weinstein would want the “single mom who lives in the inner city” to be defenseless against armed attackers. He also went on point to the utter hypocrisy of the man who was behind “Kill Bill” and other violent productions.

“That’s not a message the American people agree with. We have a right to protect ourselves, it’s protected in the Constitution. And even if liberal Hollywood types want to take it away, it isn’t going anywhere,” Cruz said, referring to the Second Amendment.

While Sen. Ted Cruz made the constitutional and practical argument, from a psychological and physiological perspective there is a deeply disturbing aspect to the statements made by hypocrite Harvey Weinstein regarding his little secret film, which will now mostly likely be a flop.

When I was conducting research for Our Virtuous Republic, which covers this issue in the section “Targeting Empowerment & The Right Of Protection,” I was surprised to find the amount unanimous condemnation of the entertainment industry by medical professionals. According to the Council on Communications and Media from the American Academy of Pediatrics, specifically Media Violence published on Nov. 1, 2009:

Research has associated exposure to media violence with a variety of physical and mental health problems for children and adolescents, including aggressive and violent behavior, bullying, desensitization to violence, fear, depression, nightmares, and sleep disturbances… Several different psychological and physiologic processes underlie media violence on aggressive attitudes, beliefs, behaviors, and emotions, and these are well understood.

In other words, not only are Adam Lanza, Jared Loughner, and other already-troubled individuals emboldened by and act upon behaviors depicted in films — such as, oh say, Weinstein’s “Pulp Fiction” — but the minds of growing, otherwise normal children are polluted by them, as well. And it is established medical science.

It is true, admittedly, the job of parental guidance plays a great role in sheltering children and developing adolescents from the mentally warping entertainment industry Harvey Weinstein has made a fortune in furthering, but there is a bigger challenge to parents in this area than in the so-called “gun culture.”

Again, perhaps it is ignorance or selfish greed that prevents them from seeing this certain reality, I really don’t know. But the difference between the gun culture and the culture of violence is one of parental empowerment environmental control. That is to say, parents who raise their children around guns and teach them their proper use and reverence, control the exposure environment and observe the learning process.

With media violence, on the other hand, or rather the culture of violence produced by Harvey Weinstein for money, parental control is limited to what their children do or don’t see only within the confines of their own home.

The Left's Hypocrisy On Freedom Of Speech And 'Rowdy Discourse'