HomeOpinionWhat The Republican Establishment Does Not Understand About Compromise 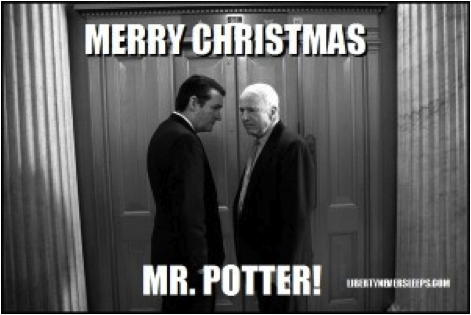 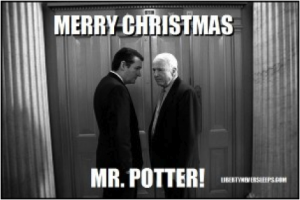 These days, the Republican establishment is taking issue and fracturing its own party over compromise.

A lack of compromise is what the GOP and the Democrat Party perceive as a threat to the way of doing business in Washington. We hear it a lot that “government” is broken and “extremists” in the right wing of the GOP are the ones responsible for all the bad things that are going on up on the Hill. They point to obstructionist conservatives as the reason that nothing is getting done.

Should the Tea Party compromise its principles so it can get along better with the progressive left wing?

What you don’t hear, is where the American people fit insofar all of this.

The Tea Party and other conservative interests, represent a real threat to the power brokers in the GOP. They know it is the Tea Party taking their power away by replacing them in the primaries. The Republican establishment does not care that liberal elements and the DNC are damaging America daily. They aren’t running for the same seats – the Tea Party is. That’s why conservatives are the threat, rather than liberals.

Compromise is important to getting good legislation passed, but you should only compromise on the details of legislation, not the principles behind them. The Republican establishment has forgotten that,  in the heat of the battle to keep control and power. They would rather give away our American freedoms to the left, than give away their seats to the Tea Party. That’s why they fight so hard against their own, instead of warring with the progressive left.

It makes no difference if America is a socialistic, compromised product—it only makes a difference if they are in power. To the Republican establishment, left and right are merely semantics as to who are in control of the power of government. To the American people and the conservatives of course, it means something else. This is why you can easily see that conservatives represent the truth since they have no horse in this race.

In this fight, truth is the only thing we can be sure of. In fact, truth, in the end, is the only thing worth fighting for. When you expose political discourse to the rigors of truth and facts, people who defend the status quo get agitated and are exposed for what they are and begin to strike back at those that defend it.

Where would this country be had our founding fathers compromised with King George? We would no doubt be a backwater province in the crumbling English empire. Where would it be had we compromised with the evil of Nazism and settled our differences with Japan? The United States would be likely speaking a different language today.

Truth must always be defended and when you do, many casualties will be incurred. Seats in Congress will change hands, lives and careers will be destroyed or irrevocably changed. History has shown us that the defense of liberty and the American way of life is almost always fraught with political and personal peril. Conservative leaders cannot capitulate to convenience and power brokers, and still stay defenders of the American people against progressivism.

This is the burden we conservatives must bear in order to prevent that fate from happening to our country.

As Shakespeare once said, do we suffer the slings and arrows of outrageous fortune, or do we take arms against a sea of troubles?