Is Paul Ryan Racist? No, But Libs Like Ian Haney López Need Him To Be 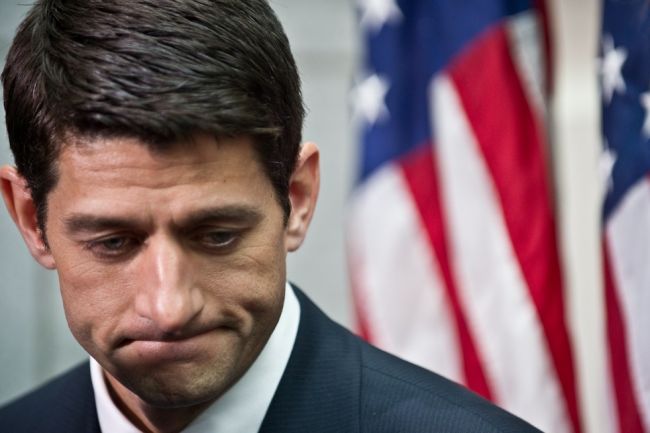 Is Paul Ryan racist? For anyone who knows or has met the man, the answer is a flat-out no. This is a man who courageously took painstaking steps to propose a serious budget that would 1) set us on a trajectory that would avoid a debt crisis, and 2) assure that trajectory didn’t leave Americans who are dependent on the federal government without food and shelter. But the race mongers did what they do best following his comments about poverty, which is hide the truth by accusing someone of being a racist.

Here is what Paul Ryan said on Bill Bennett’s Morning in American radio show, in response to Bennett saying that the “fatherless problem is a big one.”

Absolutely — that’s the tailspin or spiral that we’re looking at in our communities — your buddy Charles Murray or Bob Putnam over at Harvard, those guys have written books on this, which is, we have got this tailspin of culture in our inner cities in particular of men not working and just generations of men not even thinking about working or learning the value and the culture of work — so there is a real culture problem here that has to be dealt with. Everybody’s got to get involved. So this is what we talk about when we talk about civil society. If you’re driving from the suburb to the sports arena downtown by these blighted neighborhoods, you can’t just say “I’m paying my taxes, government’s going to fix that.” You need to get involved. You need to get involved yourself, whether through a good mentor program or some religious charity, whatever it is to make a difference, and that’s how we help resuscitate our culture.

Ryan was talking about civic duty, a seemingly lost concept in modern America. Our founders made it clear that our Constitution relies upon citizenry practicing civic duty for its own preservation. Unfortunately, Paul Ryan didn’t have the courage to stand up to the predictable attack that followed, which enables the left to perpetuate the very status quo that has trapped millions of Americans in a life of poverty.

The status quo is, and has been, extremely profitable for just about everyone on the left, except of course, for their constituents. True to our promise, we are calling out one such leftist academic today. And, of course, if he doesn’t like it, then the opportunity to appear in a televised debate segment with yours truly is on the table, as always.

Meet Ian Haney López, a hack liberal law professor at UC Berkeley and a Senior Fellow at the liberal think-tank, Demos. López also happens to be the author of the race-mongering book, Dog Whistle Politics: How Coded Racial Appeals Have Reinvented Racism and Wrecked the Middle Class.

This guy is a real piece of work, and a real piece of something else. He was all too happy use the liberal Politico Magazine to opine — using his expertise, of course — on Ryan’s comments, which just so happened to serve as a platform to sell his race-mongering book.

We’ll get to the fact that Obamanomics and other progressive “Great Society” policies, have truly “wrecked the middle class,” and not “coded racial appeals” in a moment. But, for now, let’s look at some of the outrageous claims made in his article.

“In our political culture, dog whistling all too often takes the form of warnings about a ‘tailspin of culture’ in the ‘inner cities’ and ‘generations of men not even thinking about working,’ López wrote. Notice how López disingenuously repeated a few words to give support to his “dog whistling” theory, while omitting the comments in their totality. And when we read them in their totality, there are no “coded racial appeals,” but rather quite the contrary. It was a clear call to civic duty, to help those trapped in inner-city poverty, not abandon or ostracize them to the progressive plantation.

It was a message that said to the audience that we are all in this together, and we all need to do our part. Let’s look at another doozy comment in his floppy argument.

“We cannot be certain what Ryan intended. Nevertheless, there’s no doubt that Ryan employed rhetoric closely connected to a dismal history of Republican racial demagoguery,” he writes, only after trashing Ryan and those who defended him, including Republican political strategist Ron Christie, whom López dismisses due to the fact he is black and Republican.

As usual, black opinions only matter if they are liberal, otherwise they are to be discounted along with the rewritten racist history of the left.

The “dismal history of Republican racial demagoguery” is a myth, and so are the examples used to support his claim. In fact, these examples do not at all jive with his entire thesis, which is that “dog whistling” is “not rooted in fiery hatred but rather in cool calculation — it’s the strategic, carefully considered decision to win votes by stirring racial fears in society.”

First of all, aside from President Truman desegregating the military, it is the left and the Democratic Party who has a dark, racist history in American politics. For his efforts, Southern Democrats led by fellow-Democrat and KKK member Strom Thurmond, left the Democratic Convention due to Truman’s civil rights stance.

Ironically, López cites “Barry Goldwater’s endorsement of ‘states’ rights'” as an example of dog whistling. But unlike the Republican-led Southern realignment that began under Goldwater, which was not fueled by an opposition to civil rights but rather traditional American values and a deep concern over the power of the federal government, the Democrat-led “States’ Rights” movement, or the “Dixiecrats” who challenged Truman in 1948, were racists. Consequently, it was Strom Thurman (before he repented, left the KKK and switched to the Republican Party) who opposed the 1964 Civil Rights Act and, along with the help of Al Gore’s father, another card-carrying member of the KKK, set the record for the longest filibuster in Senate history.

Johnson relied upon Republican support to pass the legislation, because Democrats had the “dismal history” of racism, not Republicans. Even before the Dixiecrat mutiny, it was the leftist President Woodrow Wilson who boasted the first cinema showing ever in the White House. Of course, the film “Birth Of Nations” was a KKK propaganda movie depicting hooded men hanging black people from trees, to which the finest progressives minds showed their approval by giving a thunderous applause.

Wilson wasn’t from conservative Birmingham, Alabama, he was a progressive governor of New Jersey, who hated the idea of federalism and self-governance. He did, however, love the idea of eugenics, championed by another progressive hero, Margaret Sanger, who dreamed of weeding out the “negro race” through abortion.

López also wants us to “recall New Gingrich’s 2012 tarring of Barack Obama as ‘the best food-stamp president in American history.’ Or consider another Gingrich jibe from the last election: ‘Really poor children in really poor neighborhoods have no habits of working and have nobody around them who works.'”

These comments are “not rooted in fiery hatred” nor “in cool calculation,” they are just the truth, which sadly Paul Ryan didn’t have the courage to say.

The truth is that the left must use these hack theories, revisionist histories and alternate realities to distract black Americans, because they cannot reconcile how black families and communities survived slavery and Jim Crow, yet have been decimated by the progressive “Great Society,” and the more recent failures of Obamanomics. They cannot reconcile how black Americans have had far more economic opportunity under Republican presidents, such as Ronald Reagan, who he blasted for using the term “welfare queens,” and George W. Bush, who threatened the Democratic monopoly of the black vote when he earned an unprecedented percentage in 2004.

But most of all, the truth is that there is a ton of money, and even more power, to be had by keeping racism in American politics, even though Gallup measures racism at the bottom of the national issue list. We have to look no further than the latest Democratic Party fundraising email to see how much they believe in race mongering as a money-making tool.

“This week, Ryan told ultra-conservative radio host Bill Bennett that poverty in America is caused by a ‘culture problem’ of ‘inner city’ men too lazy to work. Ryan’s comments are plainly a dog-whistle to ugly racial politics,” the email read.

Ian Haney López has given the left a few fictitious terms for them to use as ammunition against the Republican Party, and they give him a platform and a purpose to sell books. It is an unholy arrangement that not only hurts black Americans more than it helps them, but is wholly invested in keeping black Americans angry and in big government bondage.

Was that plain enough, or too “coded” of a “dog whistle” for you, Ian?

(Note: For your viewing pleasure, here is Ian Haney López with the insufferable Bill Moyers, hat-tip @SandyEgoCali. Ironically, you’d think he was referring to Democrats in his thesis, considering data show it is clearly in voters’ economic interests to vote Republican. This is particularly when you consider bankruptcy would hurt the most vulnerable Americans the most.)

Ian Haney López on the Dog Whistle Politics of Race from BillMoyers.com on Vimeo.