HomeOpinionThe Untold Story Of Iraq: A Backstory No One Is Talking About

The Untold Story Of Iraq: A Backstory No One Is Talking About 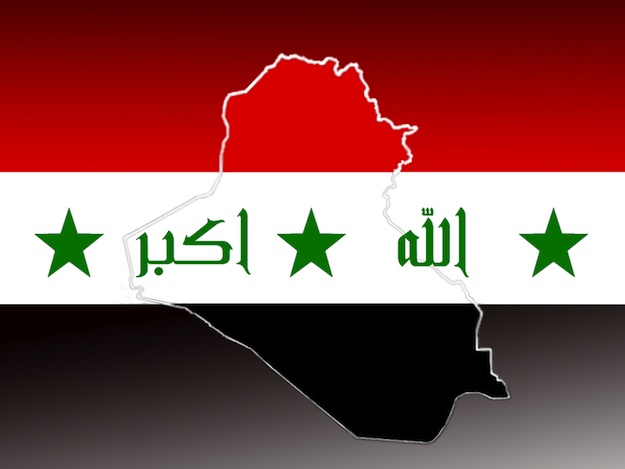 Photo: The flag of Iraq, a nation in strife due to a broken agreement made nearly a century ago.

The problems in Iraq are more complex than they seem and the United States had better act quickly if they plan on arriving at peace any time soon. The chaos in the Middle East is the direct result of the incompetence of U.S. intelligence and compounded by a president who is woefully short in his understanding of Arab history.

Let’s back up the clock to 1916. The world was heading into major war with the European powers and each of them sought new lands in the largely untamed Syria Plateau. Along with Russian expansion and the war with the then-Ottoman Empire, Britain and France sought help in the war there.

The British sent then-Corporal, T.E Lawrence to organize the scattered tribal leaders of the Arabs and Bedouin tribes and sought their help. Lawrence arrived and organized them into a fighting unit  of the finest light cavalry the world had ever seen up to this point, and he was hailed as a great hero of the tribes. They attacked with daring and impunity along the British flanks and were largely responsible for the British success in the Middle East.

In order to get the tribes to agree to work with the British, Lawrence promised them an Arab homeland, something the tribes had always desired. The terms of this deal were sketchy, but it consisted mainly of the lands between Syria and Bagdad — the area now claimed by the ISIS.

Unbeknownst to Lawrence, two little known bureaucrats named Sir Mark Sykes (British) and François Georges-Picot (France) drew a small agreement that said after the war was over, Britain and France would establish their own protectorate in that area and set up puppet governments to run it for them. The Sykes-Picot agreement, as it came to be known, made no allowances for an Arab homeland, and no mention of Lawrence’s agreement as described in his book “The Seven Pillars of Wisdom.”

The war ended, the Arabs wanted their land and their claim of Lawrence’s agreement went largely ignored. To quell the rising furor of the tribes, the European powers set up the Arab controlled countries now known as Syria, Iran, Iraq and Jordan, while providing a protectorate for the Jewish Zionists in the area now known as Israel.

George Bush answered 9/11 with an invasion of Iraq and deposed the usurper Saddam Hussein who had stolen the Iraqi kingdom from the royal family installed by the colonial powers and the Sykes-Picot agreement. He brokered a tenuous peace and installed Nouri al-Maliki in a shared power agreement giving the native peoples a democratic vote. Shortly thereafter, the same Arab tribes and Bedouin of Lawrence’s time came to al-Maliki with their claims of Arab homeland and were rebuffed.  Maliki has governed Iraq using his Shia roots as a priority and moved Iraq toward a closer relationship with Iran.

Barack Obama becomes president in 2009 and assumed the problem had been solved and the agreements of the Bush era were allowed to go forward and American troops came home from Iraq. The Arab tribes see their opportunity to gain their homeland and seize lands in Syria per the original agreement under Lawrence of Arabia. They began carrying in a bastardized version of the same flag they fought under with Lawrence, and go into battle yelling “Sykes-Picot! Sykes Picot is no more!”

Maliki realized the danger and contacted Obama telling him the northern provinces bordering Syria are in rebellion and to send help in 2012. These reports and Maliki’s request went largely ignored.

After securing the lands in Syria, the rebels have now turned south to Bagdad and are reclaiming lands under the name ISIS and the black flag of Lawrence.

You know the rest.

An extensive narrative explaining the complexities of this situation was prepared for the western powers by Stratfor Global Intelligence and can be read here. It has been confirmed by the ISIS people themselves and you can read their comments under the hashtag #SykesPicotOver on Twitter.

This war is NOT about another 9/11, and is not the fault of George Bush invading Iraq. It’s about the illicit Sykes-Picot agreement of 1916, which 100 years later has now come back to haunt the Middle East. The ISIS group is the legacy of T.E Lawrence and his unfulfilled realization of an Arabian state. It’s no wonder Iran, Syria and Iraq want a U.S. alliance against “one of their own,” because they are trying to maintain the current status quo.

Without justifying the massive atrocities being committed, the U.S. would be wise to consider a brokered peace agreement with the ISIS that gives them their promised homeland and perhaps reconsider our position on the native Arab people of these lands.

It would be a huge mistake to do business with Maliki and Iran in order to preserve what may have been an extension of imperialist Europe.

Go Tell It to the Spartans: Lessons From The Granite Mountain Hotshots