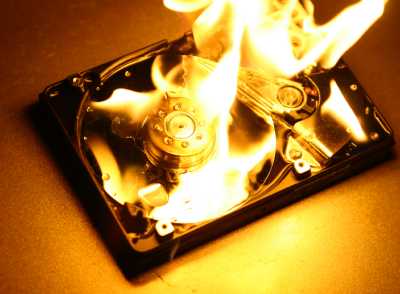 Over a year ago the IRS was issued a subpoena to produce former IRS official Lois Lerner’s emails dating from 2009 through 2011. But now, they are MIA.

The IRS is conveniently claiming that they are unable to recover the majority of her emails due to a hard drive “crash.”

Lois Lerner, the former official at the center of the IRS targeting scandal, was recently held in contempt by the House of Representatives, but Attorney General Eric Holder has no intention of actually charging her for obstruction of justice, and now the

Representative Dave Camp, chairman of the House Ways and Means Committee, could easily have had the FBI secure the hard drive for forensic investigators to recover appropriate date, and still could do so. He said he was “shocked” that the IRS gave him such an excuse, but that seems more than naive to the conservative base.

Yet, Camp says he believes that it is absurd it took over a year for the IRS to state they do not have the emails that were requested.

“It is completely unacceptable and now calls into question the credibility of the IRS’s response to congressional inquiries. There needs to be an immediate investigation and forensic audit by Department of Justice as well as the Inspector General,” Camp said.

The IRS is trying to pacify the committee by claiming they were able to collect 24,000 emails from the time period that was requested. Unsurprisingly, the IRS says those emails would contain any correspondence that she may have had with Democratic members of Congress.

“The IRS has made unprecedented efforts in connection with this effort, producing more than 750,000 pages of documents to help complete the investigations. In total, the IRS’s efforts to respond to Congress have involved more than 250 IRS employees working more than 120,000 hours at a direct cost of nearly $10 million,” the agency said.

The IRS claims the technical staff was unable to recover the email data, but FBO officials tell People’s Pundit Daily that the data — if truly lost due to hardware failure — could easily be recovered, just not by IRS officials.

The Untold Story Of Iraq: A Backstory No One Is Talking About