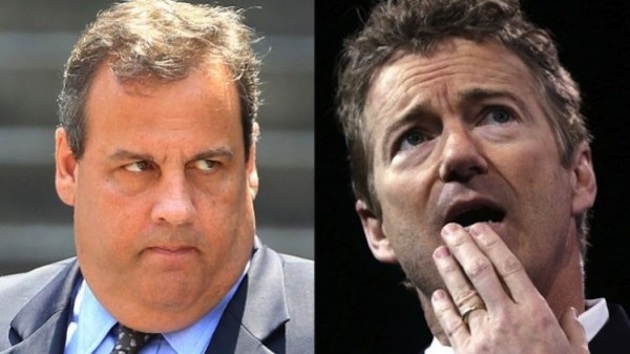 New Jersey Gov. Chris Christie unwittingly ignited a firestorm earlier this week when he responded to a reporter’s question in Great Britain about forced vaccinations of children in New Jersey by suggesting that the law in the U.S. needs to balance the rights of parents against the government’s duty to maintain standards of public health.

Before Christie could soften the tone of his use of the word “balance,” Kentucky Sen. Rand Paul jumped into the fray to support the governor. In doing so, he made a stronger case for the rights of parents by advancing the view that all vaccines do not work for all children and the ultimate decision-maker should be parents and not bureaucrats or judges. He argued not for balance, but for bias — in favor of parents.

When Christie articulated the pro-balance view, he must have known that New Jersey law, which he enforces, has no balance, shows no deference to parents’ rights and permits exceptions to universal vaccinations only for medical reasons (where a physician certifies that the child will get sicker because of a vaccination) or religious objections. Short of those narrow reasons, in New Jersey, if you don’t vaccinate your children, you risk losing parental custody of them.

The science is overwhelming that vaccinations work for most children most of the time. Paul, who is a physician, said, however, he knew of instances in which poorly timed vaccinations had led to mental disorders. Yet, he was wise enough to make the pro-freedom case, and he made it stronger than Christie did.

To Paul, the issue is not science. That’s because in a free society, we are free to reject scientific orthodoxy and seek unorthodox scientific cures. Of course, we do that at our peril if our rejection of truth and selection of alternatives results in harm to others.

The issue, according to Paul, is: WHO OWNS YOUR BODY? This is a question the government does not want to answer truthfully, because if it does, it will sound like Big Brother in George Orwell’s novel “1984.” That’s because the government believes it owns your body.

Paul and no less an authority than the U.S. Supreme Court have rejected that concept. Under the natural law, because you retain the rights inherent in your birth that you have not individually given away to government, the government does not own your body. Rather, you do. And you alone can decide your fate with respect to the ingestion of medicine. What about children? Paul argues that parents are the natural and legal custodians of their children’s bodies until they reach maturity or majority, somewhere between ages 14 and 18, depending on the state of residence.

What do the states have to do with this? Under our Constitution, the states, and not the federal government, are the guardians of public health. That is an area of governance not delegated by the states to the feds. Of course, you’d never know this to listen to the debate today in which Big Government politicians, confident in the science, want a one-size-fits-all regimen.

No less a champion of government in your face than Hillary Clinton jumped into this debate with a whacky Tweet that argued that because the Earth is round and the sky is blue and science is right, all kids should be vaccinated. What she was really saying is that in her progressive worldview, the coercive power of the federal government can be used to enforce a scientific orthodoxy upon those states and individuals who intellectually reject it.

In America, you are free to reject it.

Clinton and her Big Government colleagues would be wise to look at their favorite Supreme Court decision: Roe v. Wade. Yes, the same Roe v. Wade that 42 years ago unleashed 45 million abortions also defines the right to bear and raise children as fundamental, and thus personal to parents, and thus largely immune from state interference and utterly immune from federal interference.

Paul’s poignant question about who owns your body — and he would be the first to tell you that this is not a federal issue — cannot be ignored by Christie or Clinton or any other presidential candidate. If Paul is right, if we do own our bodies and if we are the custodians of our children’s bodies until they reach maturity, then we have the right to make health care choices free from government interference, even if our choices are grounded in philosophy or religion or emotion or alternative science.

But if Paul is wrong, if the government owns our bodies, then the presumption of individual liberty guaranteed by the Declaration of Independence and the Constitution has been surreptitiously discarded, and there will be no limit to what the government can compel us to do or to what it can extract from us — in the name of science or any other of its modern-day gods.

Why Bloggers Did, And Should Hammer Brian Williams For Lying