HomeOpinionThe Tyranny Of One Man’s Opinion

The Tyranny Of One Man’s Opinion 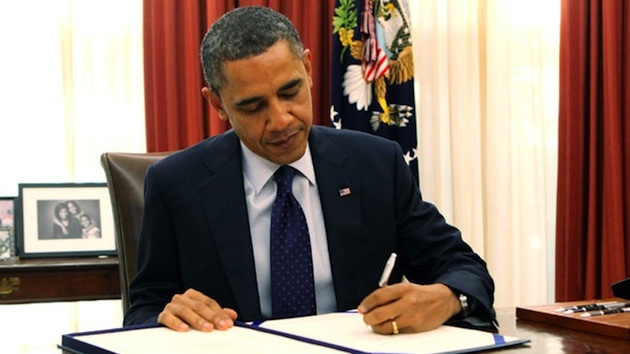 A review by USA Today, published in Dec. 2014, found that, in fact, Obama has issued more memoranda than any U.S. president in history.

Thomas Cromwell was the principal behind-the-scenes fixer for much of the reign of King Henry VIII. He engineered the interrogations, convictions and executions of many whom Henry needed out of the way, including his two predecessors as fixer and even the king’s second wife, Queen Anne.

When Cromwell’s son, Gregory, who became sickened as he watched his father devolving from counselor to monster, learned that an executioner for the queen had been sent for from France a week before her conviction, he asked his father what the purpose of her trial was if the king had preordained the queen’s guilt and prepaid the executioner. Cromwell replied that the king needed a jury to give legitimacy to her conviction and prevent the public perception of “the tyranny of one man’s opinion.”

In America, we have a Constitution not only to prevent the perception but also to prevent the reality of the tyranny of one man’s opinion. The Constitution’s Fifth Amendment makes clear that if the government wants life, liberty or property, it cannot take it by legislation or executive command; it can do so only by due process — a fair jury trial and all its constitutional protections.

The constitutional insistence upon due process was the result of not only the Colonial revulsion at the behavior of Henry and his successors but also the recognition of the natural individual right to fairness from the government. If one man in the government becomes prosecutor, judge and jury, there can be no fairness, no matter who that man is or what his intentions may be. That is at least the theory underlying the requirements for due process.

President Barack Obama has rejected not only the theory but also the practice of due process by his use of drones launched by the CIA to kill Americans and others overseas. The use of the CIA to do the killing is particularly troubling and has aroused the criticism of senators as disparate in their views as Rand Paul and John McCain, both of whom have argued that the CIA’s job is to steal and keep secrets and the military’s job is to further national security by using force; and their roles should not be confused or conflated, because the laws governing each are different.

Theirs is not an academic argument. The president’s use of the CIA is essentially unlimited as long as he receives the secret consent of a majority of the members of the House and Senate intelligence committees. The secret use of these 37 senators and representatives constituting the two committees as a Congress-within-the Congress is profoundly unconstitutional because Congress cannot delegate its war-making powers to any committee or group without effectively disenfranchising the voters whose congressional representatives are not in the group.

Moreover, the War Powers Resolution regulates the president’s use of the military and essentially precludes secret wars. It requires the public consent of a majority of the full Congress for all offensive military action greater than 90 days. That, in turn, brings about transparency and requires a national political will to use military force.

President Obama has formulated rules — agreed to by a majority of the 37, but not by a majority in Congress — that permit him to kill Americans and others overseas when he believes they are engaging in acts that pose an imminent threat to our national security, when their arrest would be impracticable and when personally authorized by the president. This is not federal law, just rules Obama wrote for himself. Yet none of the Americans he has killed fits any of those rules.

Last week, the White House revealed that in January, the government launched its 446th drone into a foreign land, and this one killed three Americans and an Italian, none of whom had been targeted or posed a threat to national security at the time of his murder. The drone, which was dispatched by a computer in Virginia, was aimed at a house in Pakistan and was sent on its lethal way without the approval of the Pakistani government or the knowledge of President Obama.

The use of drones is not only constitutionally impermissible but also contraindicated by the rules of war. Drones pose no threat and little danger to those doing the killing. Except when the intelligence is bad — as it was in the January case revealed last week — deploying drones is a low-risk endeavor for the country doing so. But Obama’s wars by robots produce more killing than is necessary. War should be dangerous for all sides so as to limit its lethality to only those venues that are worth the risk — those that are vital for national security.

If war is not dangerous, it will become commonplace. By one measure — the absence of personal involvement by decision-makers — it has become commonplace already. A mere three years after his self-written rules for the deployment of drones were promulgated, the president has delegated the authority to order drone killings to his staff, and the members of the congressional intelligence committees have delegated their authority to consent to their staffs.

Obama apparently doesn’t care about the Constitution he swore to uphold, but he should care about the deaths of innocents. Obama’s drones have killed more non-targeted innocents in foreign lands than were targeted and killed in the U.S. on 9/11.

And the world is vastly less stable now than it was on 9/11. The president’s flying robots of death have spawned the Islamic State group — a monstrosity far exceeding even Henry VIII and Thomas Cromwell in barbarity.