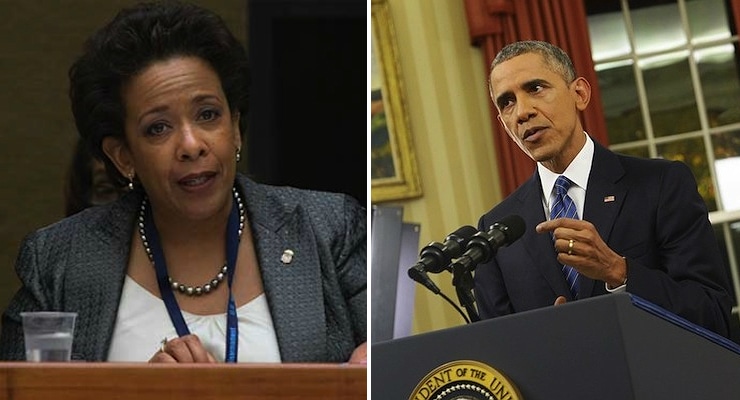 Boy, what a neat trick this is.

As the Grateful Dead might say, when it comes to Obama’s unconstitutional seizure of powers and his team’s subsequent rationalization of said seized powers: What a long, strange trip it’s been.

Only scratch the “long.” Obama’s spin only took a few weeks.

Look at what Lynch just told members of a Senate Appropriations subcommittee, with a straight face: “The Gun Control Act lists the people who are not allowed to have firearms, such as felons, domestic abusers and others. Congress has also required that background checks be conducted as part of sales made by federally licensed firearms dealers to make sure guns stay out of the wrong hands. … The actions announced by the president, which focus on background checks and keeping guns out of the wrong hands, are fully consistent with the laws passed by Congress.”

By that logic, the president doesn’t need a Congress at all.

Think about it. What Lynch is saying is that if a law exists on a particular topic, then the president of the United States is free to run with that law in whatever direction his (or one day perhaps, her) personal agenda leads. The only standard to abide would be to show the executive action is “consistent” with the previously passed law.

Nobody knows for sure, but one count put the number of federal laws and regulations that could be criminally enforced somewhere in the vicinity of 300,000. Other estimates don’t even try to count, suggesting to do so would be akin to numbering the sands of the sea. But if Lynch’s view were to hold true – and if the president were constitutionally justified in taking any old previously passed law and adding to it as seeing fit — then the door seems wide open to dismiss all the members of Congress and send them home. Who needs them?

Not the president, who could then command and direct and order and dictate at will, so long as White House lawyers are able to make the case these commandments and directives are “consistent” with existing laws.

What a skewed argument. That it came from the mouth of our nation’s highest law enforcement official, the one who’s supposed to prop up the legal foundations of our federal government and stand firm on the side of justice and truth, is just evidence of the absolute wickedness of this current White House and of Obama’s chosen few.