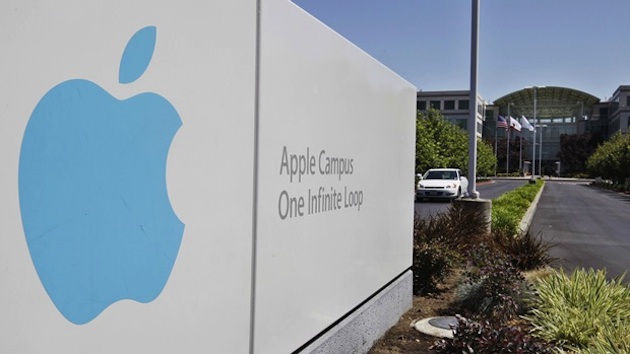 “There is nothing new in the realization that the Constitution sometimes insulates the criminality of a few in order to protect the privacy of us all.” — Justice Antonin Scalia (1936-2016)

After the San Bernardino massacre on Dec. 2, 2015, the FBI lawfully acquired the cellphone of one of the killers and persuaded a federal judge to authorize its agents to access the contents of the phone. Some of what it found revealed that the killer used the phone to communicate with victims and perhaps confederates and even innocents who unwittingly provided material assistance.

Then the FBI hit a wall. It appears that the killer took advantage of the phone’s encryption features to protect some of his data from prying eyes unarmed with his password.

The cellphone was an iPhone, designed and manufactured by Apple, the wealthiest publicly traded corporation on the planet. Apple built the iPhone so that its users can store sensitive, private, personal data on the phone without fear of being hacked by friend or foe.

After the FBI determined it could not replicate the killer’s password without jeopardizing the phone’s content, it approached Apple, and representatives of each negotiated for weeks trying to find a way for Apple to help the FBI without compromising the security of the Internet itself. They failed.

Apple has argued that the government has no legal right to compel it to assist in a government investigation, or to compel it to alter or destroy its business model of guaranteeing the safety and privacy of its customers’ data. Apple knows that any “key” it creates for the FBI, once used on the Internet, is itself vulnerable to hacking, thereby jeopardizing all Apple products and negating the privacy of tens of millions, and even exposing the government to foreign hackers.

The Department of Justice has argued that Apple has a legal duty to help solve the mystery of who knew about the San Bernardino attacks so that the guilty can be prosecuted and the rest of us protected from future harm. Its lawyers asserted that the government would keep secure whatever key Apple created.

After the DoJ/Apple talks broke down, the DoJ made a secret application on Feb. 16, 2016, two and a half months after the massacre, to a federal judge for a search warrant for this key to access the killer’s iPhone.

The warrant was improperly granted because Apple was not given notice of the DoJ application. So, the judge who issued the order denied Apple due process — its day in court. That alone is sufficient to invalidate the order. Were Apple a defendant in a criminal case or were Apple to possess hard evidence that could exonerate or help to convict, the secret application would have been justified.

But that is not the case here.

Instead, the DoJ has obtained the most unique search warrant I have ever seen in 40 years of examining them. Here, the DoJ has persuaded a judge to issue a search warrant for A THING THAT DOES NOT EXIST, by forcing Apple to create a key that the FBI is incapable of creating.

There is no authority for the government to compel a nonparty to its case to do its work, against the nonparty’s will, and against profound constitutional values. Essentially, the DoJ wants Apple to hack into its own computer product, thereby telling anyone who can access the key how to do the same.

If the courts conscripted Apple to work for the government and thereby destroy or diminish its own product, the decision would constitute a form of slavery, which is prohibited by our values and by the Thirteenth Amendment.

Yet, somewhere, the government has the data it seeks but will not admit to it, lest a myth it has foisted upon us all be burst. Since at least 2009, the government’s domestic spies have captured the metadata — the time, place, telephone numbers and duration of all telephone calls — as well as the content of telephone calls made in America under a perverse interpretation of the FISA statute and the Patriot Act, which a federal appeals court has since invalidated.

The DoJ knows where this data on this killer’s cellphone can be found, but if it subpoenas the NSA, and the NSA complies with that subpoena, and all this becomes public, that will put the lie to the government’s incredible denials that it spies upon all of us all the time. Surely it was spying on the San Bernardino killers.

There is more at stake here than the privacy of Apple’s millions of customers and the security of power grids and all that the Internet serves. Personal liberty in a free society is at stake. A government that stays within the confines of the Constitution is at stake.

The late great Justice Antonin Scalia recognized that liberty and safety are not in equipoise when he wrote that there is nothing novel about liberty trumping safety under the Constitution. The primacy of liberty and a government subject to the rule of law is the core constitutional principle that, while honored, will keep tyranny at bay. And when dishonored, will let tyranny thrive.

Are Young People Too Stupid to Vote?

Don't Bury Our Cities in Megatowers