HomeOpinionChristianity Crisis: Time to Fight for the First Amendment

Christianity Crisis: Time to Fight for the First Amendment 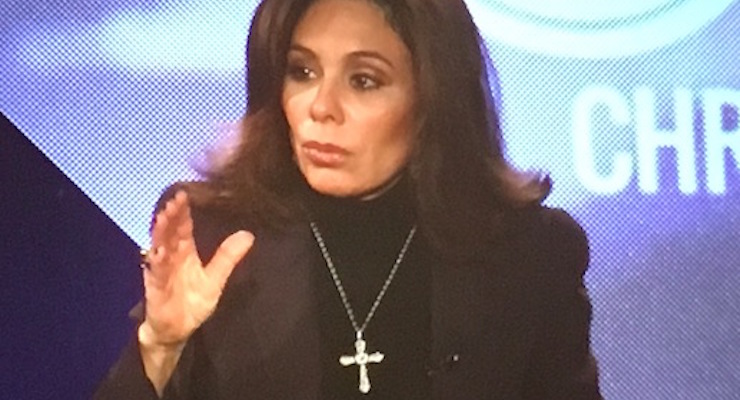 “Although it seems that the protections that we have in the Constitution are protections that no one can take away from us, I want to tell you that they’re already being taken away,” she was widely quoted as saying. “The irony of today’s liberalism that is accepting of anything and everything is that it is sanctioning discrimination against Christians.”

She’s right, you know. Don’t believe it? Parents, send one of your kids to school with a clearly marked Bible to carry to each class and open during quiet times. See what happens. Politicians, try and open the next public meeting with a prayer that invokes the name of Jesus. Private sector professionals and business owners, see how it goes denying service to customers whose demands conflict with long-held biblical teachings and Christian beliefs.

A just-released report from First Liberty Institute in Texas – “Undeniable: The Survey of Hostility to Religion in America” — sheds some serious light on the ability of Christians in America, circa 2016, to publicly show, profess and abide beliefs.

The atmosphere is chilling.

Some of the report’s findings: Companies have faced prosecution for failing to offer abortion-inducing drugs in employee health care plans. State governments have come under fire for displaying the 10 Commandments – despite the fact the face of Moses, the giver of the Law, is displayed over the gallery doors of the House Chamber in the U.S. Capitol as part of a group of 23 “historical figures noted for their work in establishing the principles that underlie American law,” according to the Architect of the Capitol.

Local governing bodies have faced legal challenge for opening meetings in Christian prayer. High school sports’ coaches, athletic team cheerleaders, public school students and teachers have been brought to court, denounced, criticized, punished and in some cases, fired, for the so-called crimes of praying in public, handing a Bible to a student who requested it, displaying biblically-based messages of encouragement at sporting contests, mentioning the name “Jesus” during a valedictorian graduation speech, or, as in one third-grader’s case, trying to hand out religious messages in goodie bags for classmates at the annual “Winter Party” – the same type of school event that for decades was commonly accepted in this country as the “Christmas” party.

If the argument from the left is public school is no place for religion – that such messaging is better left for Sunday church service or for private Christian educational facilities == well, consider this, from the same report: In the recent Hosanna-Tabor Evangelical Lutheran Church & Sch. V. EEOC, a private Christian school was told by the U.S. Justice Department it could not fire a teacher with narcolepsy by citing the “ministerial exception” clause – that lets churches choose religious leaders absent government interference – because no such clause exists. The U.S. Supreme Court ultimately ruled in the school’s favor, but what was the Justice Department trying to accomplish here – control of the churches?

That doesn’t even touch on the crack-downs in the U.S. military against open displays of Christianity – the case of a Navy chaplain who faced an inquiry because he spoke of sex outside of marriage through the looking glass of his religious beliefs, the case of an Air Force master sergeant who found himself in hot water for explaining his biblical views against homosexuality to a gay commander – who had insisted he explain.

The report spans a shocking 376 pages. Obviously, atheists and progressives have been having some banner years. So what’s the solution? Fight.

Those who do nothing – who let such take-downs of the First Amendment go forth unfettered – simply don’t deserve to call themselves patriots and defenders of the American way of life.

(Want to carry Cheryl’s column on your site? Email her below.)