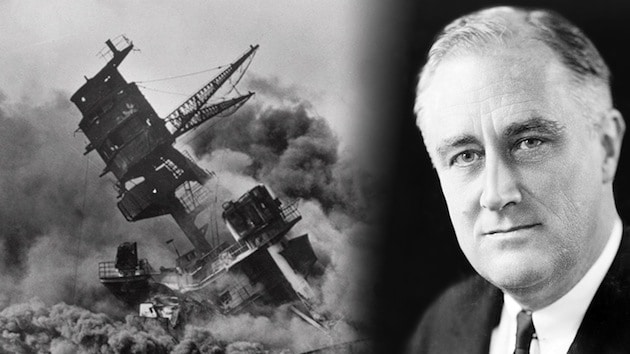 Who is the worst President in U.S. history? No, regardless of polling data, the answer is not Barack Obama. Or even Jimmy Carter. Those guys are amateurs. At the bottom of the list is probably Woodrow Wilson, who gave us both the income tax and the Federal Reserve.

And he was a disgusting racist as well.

However, Wilson has some strong competition from Franklin Delano Roosevelt, who advocated and implemented policies that exacerbated the bad policies of Herbert Hoover and thus deepened and lengthened the Great Depression. 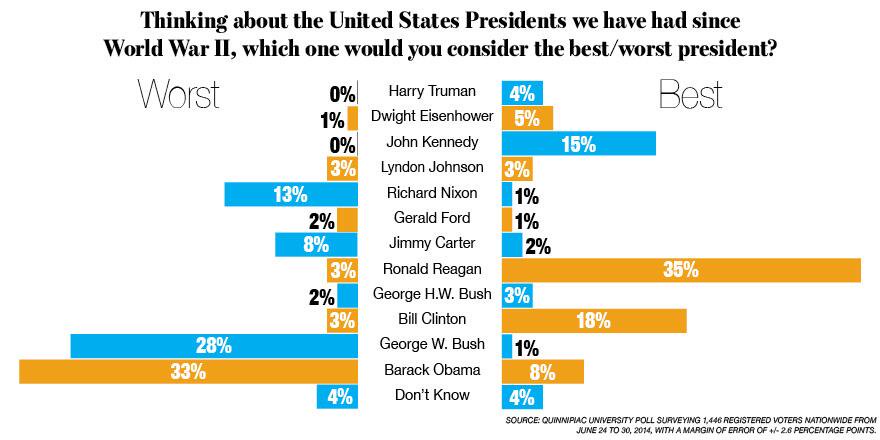 Today we’re going to look at a new example of FDR’s destructive statism. Something so malicious that he may actually beat Wilson for the prize of being America’s most worst Chief Executive.

Wilson, after all, may have given us the income tax. But Roosevelt actually proposed a top tax rate of 99.5 percent and then tried to impose a 100 percent tax rate via executive order! He was the American version of Francois Hollande.

These excerpts, from an article by Professor Burton Folsom of Hillsdale College, tell you everything you need to know.

Under Hoover, the top rate was hiked from 24 to 63 percent. Under Roosevelt, the top rate was again raised—first to 79 percent and later to 90 percent. In 1941, in fact, Roosevelt proposed a 99.5 percent marginal rate on all incomes over $100,000. “Why not?” he said when an adviser questioned him. After that proposal failed, Roosevelt issued an executive order to tax all income over $25,000 at the astonishing rate of 100 percent. Congress later repealed the order, but still allowed top incomes to be taxed at a marginal rate of 90 percent. …Elliott Roosevelt, the president’s son, conceded in 1975 that “my father may have been the originator of the concept of employing the IRS as a weapon of political retribution.”

Note that FDR also began the odious practice of using the IRS as a political weapon, something that tragically still happens today.

For more detail about Roosevelt’s confiscatory tax policy, here are some blurbs from a 2011 CBS News report.

And here are some excerpts from a column that sympathized with FDR’s money grab.

FDR proposed a 100 percent top tax rate. …Roosevelt told Congress in April 1942, “no American citizen ought to have a net income, after he has paid his taxes, of more than $25,000 a year.” That would be about $350,000 in today’s dollars. …lawmakers would quickly reject FDR’s plan. Four months later, Roosevelt tried again. He repeated his $25,000 “supertax” income cap call in his Labor Day message. Congress shrugged that request off, too. FDR still didn’t back down. In early October, he issued an executive order that limited top corporate salaries to $25,000 after taxes. The move would “provide for greater equality in contributing to the war effort,” Roosevelt declared. …lawmakers…ended up attaching a rider repealing the order to a bill… FDR tried and failed to get that rider axed, then let the bill with it become law without his signature.

Regarding FDR’s infamous executive order, here are the relevant passages.

In order to correct gross inequities…, the Director is authorized to take the necessary action, and to issue the appropriate regulations, so that, insofar as practicable no salary shall be authorized under Title III, Section 4, to the extent that it exceeds $25,000 after the payment of taxes allocable to the sum in excess of $25,000.

And from the archives at the University of California Santa Barbara, here is what FDR wrote when Congress used a debt limit vote to slightly scale back the 100 percent tax rate.

…there is a proposal before the Ways and Means Committee to amend the Public Debt Bill by adding a provision which in effect would nullify the Executive Order issued by me under the Act of Oct. 2, 1942 (price and wage control), limiting salaries to $25,000 net after taxes. …It is my earnest hope that the Public Debt Bill can be passed without the addition of amendments not related to the subject matter of the bill.

And here are excerpts from another letter from FDR later that month.

When the Act of October 2, 1942, was passed, it authorized me to adjust wages or salaries whenever I found it necessary “to correct gross inequities…” Pursuant to this authority, I issued an Executive Order in which, among other things, it was provided that in order to correct gross inequities and to provide for greater equality in contributing to the war effort no salary should be authorized to the extent that it exceeds $25,000 net after the payment of taxes.

Even though Congress was overwhelmingly controlled by Democrats,

there was resistance to FDR’s plan to confiscate all income.

So Roosevelt had a back-up plan.

If the Congress does not approve the recommendation submitted by the Treasury last June that a flat 100 percent supertax be imposed on such excess incomes, then I hope the Congress will provide a minimum tax of 50 percent, with steeply graduated rates as high as 90 percent. …If taxes are levied which substantially accomplish the purpose I have indicated, either in a separate bill or in the general revenue bill you are considering, I shall immediately rescind the section of the Executive Order in question.

And, sadly, Congress did approve much higher tax rates, not only on the so-called rich, but also on ordinary taxpayers.

Indeed, this was early evidence that tax hikes on the rich basically serve as a precedent for higher burdens on the middle class, something that bears keeping in mind when considering the tax plans of Bernie Sanders and Hillary Clinton (or, tongue in cheek, the Barack Obama flat tax).

Let’s close by considering why FDR pushed a confiscatory tax rate. Unlike modern leftists, he did have the excuse of fighting World War II.

But if that was his main goal, surely it was a mistake to push the top tax rate far beyond the revenue-maximizing level.

That hurt the economy and resulted in less money to fight Nazi Germany and Imperial Japan.

So what motivated Roosevelt? According to Burton and Anita Folsom, it was all about class warfare.

Why “soak the rich” for 100 percent of their income (more or less) when they already face rates of 90 percent in both income and corporate taxes? He knew that rich people would shelter their income in foreign investments, tax-exempt bonds, or collectibles if tax rates were confiscatory. In fact, he saw it happen during his early New Deal years. When he raised the top rate to 79 percent in 1935, the revenue into the federal government from income taxes that year was less than half of what it was six years earlier when the top rate was 24 percent. …First, FDR, as a progressive, believed…that “swollen fortunes” needed to be taxed at punitive rates to redistribute wealth. In fact, as we can see, redistributing wealth was more important to FDR than increasing it. …Second, high taxes on the rich provided excellent cover for his having made the income tax a mass tax. How could a steelworker in Pittsburgh, for example, refuse to pay a new 24 percent tax when his rich factory owner had to pay more than 90 percent? Third, and possibly most important, class warfare was the major campaign strategy for FDR during his whole presidency. He believed he won votes when he attacked the rich.

In other words, FDR’s goal was fomenting resentment rather than collecting revenue. And there are leftists today who still have that attitude. Heck, there’s an entire political party with that mentality.

Suckers for Trump Need to Believe

A Loss of Masculine Virtues Means a Loss of National Greatness