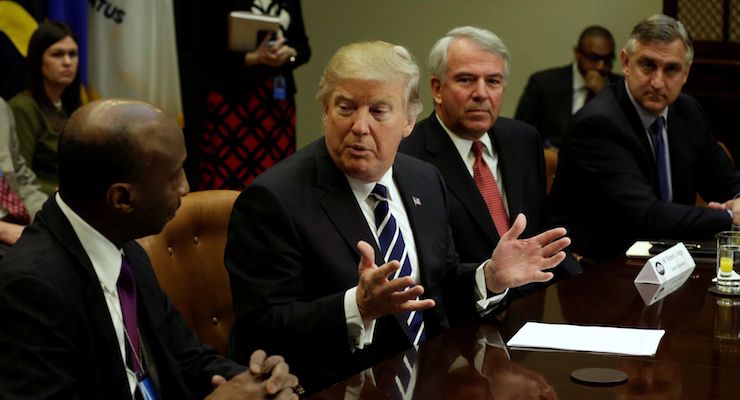 This is why I wrote favorably about Trump’s campaign tax plan, and this is why I like Trump’s new tax plan (with a few exceptions).

But I confess that my heart’s not in it. Simply stated, I don’t think the new plan is serious.

If Trump really wanted a big tax cut, he would have a comprehensive plan to restrain the growth of government spending. He doesn’t.

If Trump genuinely wanted lower taxes, he would be aggressively pushing for genuine entitlement reform. He isn’t.

And Congress isn’t much better. At least in the absence of leadership from the White House.

It’s not merely that I’m concerned lawmakers won’t put the brakes on spending. And it’s not just that I fear they won’t enact much-needed entitlement reform. I worry they’ll actually increase the burden of federal spending. Just look what’s happening as Congress and the White House negotiate a spending bill for the remainder of the 2017 fiscal year. The pending deal would trade more defense spending for more Obamacare subsidies. Everyone wins…except taxpayers.

In this profligate environment, it’s hard to be optimistic about tax cuts.

By the way, I fully agree we would get more growth if Trump’s tax plan was enacted. But the Laffer Curve doesn’t say that all tax cuts pay for themselves with faster growth. That only happens in rather rare circumstances.

Yes, the lower corporate tax rate would have a big supply-side impact (and there’s plenty of evidence from overseas to support that notion), but many of the other provisions of his plan are sure to reduce revenue.

Again, I don’t lose sleep about the prospect of less money going to Washington. But you can be sure that politicians pay attention to that issue.

Which is why I’m pessimistic. I don’t think Congress is willing to approve a big tax cut.

The bottom line is that there are three possible outcomes.

Ultimately, I want to completely junk our corrupt system and replace it with a simple and fair flat tax. But for 2017, I’ll be happy if we simply slash the corporate rate.

The Most Emotionally Satisfying Argument for Trump’s Corporate Tax Cut